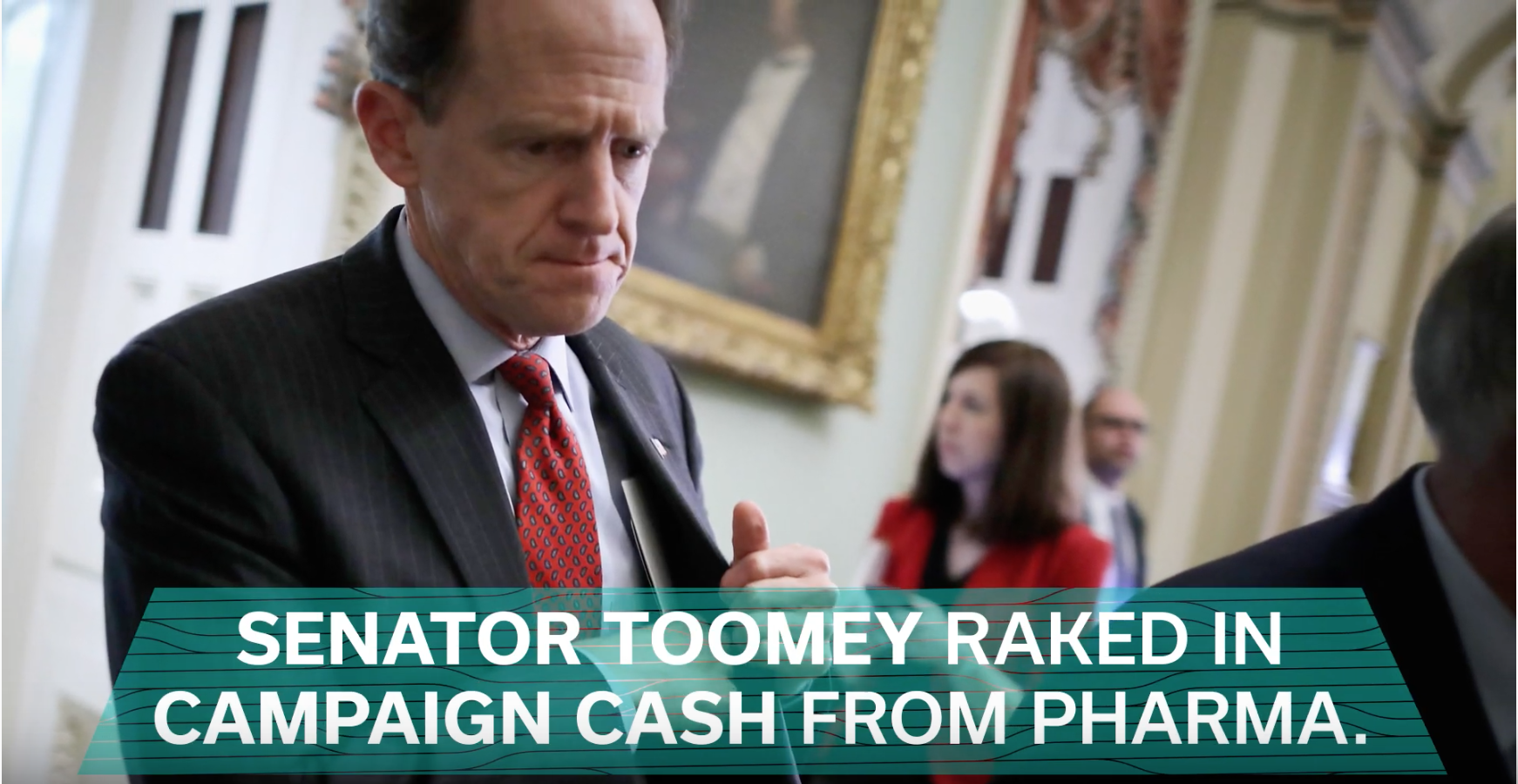 The fight over a bipartisan prescription drug pricing bill for seniors has hit the television and radio airwaves in the commonwealth of Pennsylvania.

The focus of these ads? Sen. Pat Toomey (R-PA), a member of the Senate Finance Committee, who voted against the Prescription Drug Pricing Reduction Act (PRPRA) of 2019 in committee.

One group lauds Toomey’s vote as standing up for “conservative free market principles” and supporting a “patient centric approach” to healthcare. The other group blasts Toomey for “opposing lower drug prices for seniors,” while accusing him of “working for the drug companies.”

The minute long radio ad from the American Future Fund, who bills themselves as a “multi-state issues advocacy group designed to effectively communicate conservative and free market ideals,” praised Toomey for his vote opposing the bill and deemed him as a “champion” for Pennsylvania seniors.

The ad continues to say that Toomey’s vote supports a “patient centric approach” that would increase competition and lower the costs of prescriptions and urges supports to call his office to thank him for his vote.

“Thank him for defending free market principles and tell him to continue to oppose socialists price controls and the prescription drug pricing reduction act,” the narrator reads to end the minute long spot.

While the conservative backed group takes the radio airwaves to praise Toomey, the group, “Patients for Affordable Drugs Now” (P4ADNOW), that includes an Obama administration alum, is hitting Toomey on television in a 30 second spot called “Sick & Tired.”

“Americans are sick and tired,” the narrator says at the beginning of the ad. “Sick of skyrocketing prescription drug prices. Tired of politicians like Pat Toomey who let drug companies charge Americans twice as much for medicine as people in other countries.”

The ad continues to say that Toomey needs to “stop working for the drug companies” and pin him for accepting contributions from “big pharma.” They also include President Donald Trump in the ad, whose administration has said they are “encouraged by the bipartisan work” of Sens. Chuck Grassley (R-IA) and Ron Wyden (D-OR), who wrote the bill, according to CNBC.

In an emailed statement to PoliticsPA, (P4ADNOW) said they are running a 7-figure campaign thanking members who have “supported reform and holds accountable those who have opposed them.” They have ads thanking those who support the bill, including Toomey’s GOP colleague, Grassley.

P4ADNOW, who describes their mission as a “public education and advocacy regarding America’s need to curb drug prices” was founded by David Mitchell, a cancer patient who worked more than 30 years in a Washington D.C. policy and communications firm. Principal funding for the effort is being provided by Arnold Ventures.

Toomey’s office said in an emailed statement to PoliticsPA that the Senator supports lowering the price of all health care and plans to work with colleagues to enact reforms that “actually drive down the cost of prescription drugs and cap out-of-pocket costs for seniors.”

“Senator Toomey strongly believes that Congress should work to lower the price of all health care and prescription drugs. In committee, Senator Toomey proposed measures to protect consumers, including an amendment that would have prevented the bill from taking effect if it caused drug prices to rise. Unfortunately, a vote on this commonsense protection was blocked,” said Bill Jaffee, Press Secretary for Sen. Toomey. “Senator Toomey will continue working with his colleagues to enact reforms that actually drive down the cost of prescription drugs and cap out-of-pocket costs for seniors.”