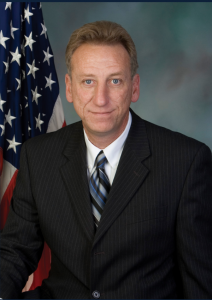 On Monday, state Rep. George Dunbar (R-Westmoreland) was elected to serve as the new Caucus Chairman by the Pennsylvania House Republican Caucus.

Dunbar, who is currently serving in his sixth term in the state House, also serves as Majority Vice Chairman of the House Appropriations Committee, and is a member of the Commerce, Finance and Gaming Oversight committees.

“As Pennsylvania continues to face a number of unique challenges, I am excited for the opportunities this leadership team is going to have to make Pennsylvania a better place for everyone who lives here,” said Benninghoff in a press release about the GOP leadership team. “Looking ahead, this team will be steering a dynamic caucus that will be focusing on economic recovery, protecting families and making our state government better while standing up for taxpayers.”

“This new leadership team includes a diversity of our caucus’s membership and has representation from different regions of Pennsylvania,” Benninghoff continued. “Working collaboratively, I know we can help accomplish great things for Pennsylvania and make this Commonwealth the ‘Envy of the East.’”