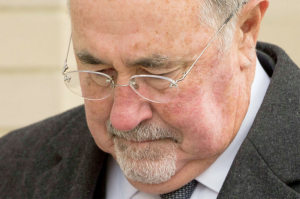 That’s the verdict of the Court of Judicial Discipline, who found the former Supreme Court Justice guilty of misconduct.

“The common thread of the emails, with their imagery of sexism, racism and bigotry, is arrogance,” the court wrote.

The Court asserted that Eakin’s conduct undermined public confidence in the judiciary, however, they also said his bias didn’t influence his opinions. As a result, Eakin will not have his pension removed from him.

The ex-Justice’s resignation also played a factor in him getting to keep his $153,000 annual pension.