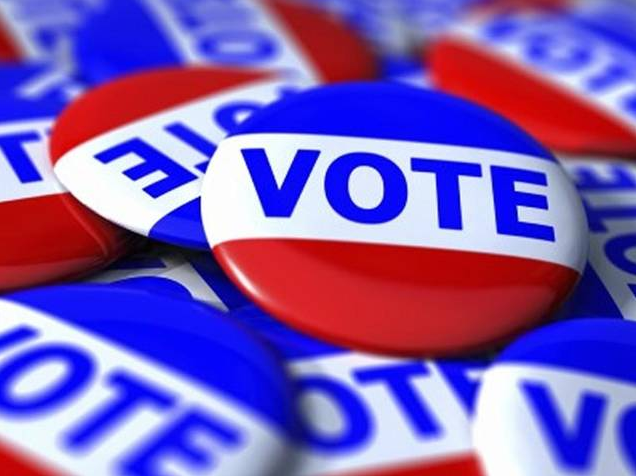 After one of the most bitter Republican primaries in recent Commonwealth history, it’s fair to ask two questions of Harrisburg lawmakers?

According to the Pennsylvania Department of State, nearly 1.1 million voters are registered as unaffiliated with a political party or with a third party. This segment of the state’s electorate has been increasing for years, consistent with a national trend of voters identifying as independents.

Nine states currently hold closed primaries – Delaware, Florida, Kentucky, Maryland, Nevada, New Mexico, New York, Oregon, and Pennsylvania. In general, a voter seeking to vote in a closed primary must first be a registered party member. Typically, the voter affiliates with a party on his or her voter registration application. This system deters “cross-over” voting by members of other parties. Independent or unaffiliated voters, by definition, are excluded from participating in the party nomination contests. This system generally contributes to a strong party organization.

Six states hold partially closed primaries – Connecticut, Idaho, North Carolina, Oklahoma, South Dakota and Utah. In this system, state law permits political parties to choose whether to allow unaffiliated voters or voters not registered with the party to participate in their nominating contests before each election cycle.

Six more states conduct partially open primaries – Illinois, Indiana, Iowa, Ohio, Tennessee, and Wyoming. This system permits voters to cross party lines, but they must either publicly declare their ballot choice or their ballot selection may be regarded as a form of registration with the corresponding party. Iowa asks voters to choose a party on the state voter registration form, yet it allows a primary voter to publicly change party affiliation for purposes of voting on primary Election Day.

Nine states have primaries that are open to unaffiliated voters – Arizona, Colorado, Kansas, Maine, Maryland, New Hampshire, New Jersey, Rhode Island and West Virginia. A number of states allow only unaffiliated voters to participate in any party primary they choose, but do not allow voters who are registered with one party to vote in another party’s primary.

According to a survey conducted by Osage Research of 850 voters last November, 75 percent of respondents would support proposals from Harrisburg that would permit independent voters to vote in the primary election. And 69 percent of independents surveyed said they would be certain to vote if permitted in the 2022 Pennsylvania primary.

A white paper from Ballot PA reported that independent voters in Pennsylvania are more concentrated in the Southeast, the Lehigh Valley, the Poconos, Northeastern Pennsylvania, and a few “college towns” (State College and the Oakland area of Pittsburgh). These voters also seem to be more concentrated in some cities like Allentown, Reading, Lancaster, and York that have seen rapid growth in Hispanic populations, which may reflect the fact that Hispanic voters (and Asian voters) in the Commonwealth are much more likely to register as independents.

In December 2020, state senator Dan Laughlin (R-Erie) introduced Senate Bill 690, that would allow voters who are registered as independents, to vote in primary elections. It remains stalled in the Senate State Government Committee although there was a public hearing in April in Hazleton on the bill.

Runoff primary elections have a sordid history. They were devised in the South in the late 19th and early 20th Century to help solidify one-party control of the region. The traditional two-round runoff system comes with additional costs, including taxpayer dollars to fund the administration of a second election and non-monetary societal costs such as reduced voter turnout in the decisive final round.

Ten states currently conduct runoff elections as part of their party nomination process – Alabama, Arkansas, Georgia, Mississippi, North Carolina, Oklahoma, South Carolina, South Dakota (only for congressional and gubernatorial elections), Texas and Vermont (only for tie votes). These runoffs occur when no candidate reaches the required threshold for victory. In nine states, a majority is required. In North Carolina, the threshold is 30 percent of the vote plus one.

In this primary cycle in Pennsylvania, 20 races produced winners that did not receive a majority of the votes cast:

In three of those 20 races, the winner did not receive even a third of the total vote.

There are some serious downsides to runoff elections, according to a report written by Third Way Senior Political Analyst David de la Fuente and FairVote Senior Research Analyst Deb Otis: not only do runoff elections require voters to return to the polls later, they cost voters and taxpayers an exorbitant amount. The study focuses on runoffs in Texas and Louisiana, in which they found that runoffs on average cost $7 per voter in Texas. In Louisiana, statewide runoffs cost almost as much as the first-round election, doubling voting expenditures and amounting to $5 million spent each time.

In addition to skewed results and high costs, turnout is meager in runoff elections. Previous FairVote research cited in the study found that turnout typically declines by 38% between primary elections and primary runoff elections.

Also in December, 2020, state senator Anthony Williams (D-Philadelphia) reintroduced legislation not only calling for runoffs but also for ranked-choice elections as Senate Bill 59. It is one of 78 bills currently residing with the Senate State Government Committee.