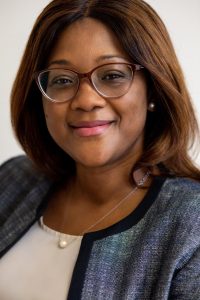 The field continues to grow.

In a release about her candidacy, she said the district needs a “progressive voice we can be proud of.”

“We need a new voice in Harrisburg, a progressive voice we can be proud of – one who listens to our community.” Berry said. “As I talk to people across our community, I hear the same things: we need a Senator who understands that health care costs are out of control; that gun violence is putting our kids and families at risk; and that working families are overdue for a pay raise. I believe I AM the person to help bring this change.”

The release continues to detail what has led Berry to this moment. She immigrated from Nigeria as a child twenty-five years ago and is a single mother to one son. Her release adds that she worked her way through college and law school and her small business provides “100% free healthcare to her employees.”

She specifically highlights four causes for her ““Progressive Platform for Pennsylvanians.” The campaign priorities include the following: supporting students, holding drug and insurance companies accountable to reduce costs, addressing gun violence, and raising the state’s minimum wage to $15 an hour.

“We can’t wait for change in our community – it needs to start now, for all of our families,” Berry said in the release. “The sooner we remove distractions in Harrisburg and hold our leaders accountable for delivering results, the better our community and our families will be.”

A spokesperson for Leach’s campaign said that he is currently “focused 100% on serving the interests of the 17th Senate District constituents” and provided specific initiatives he’s currently focused on.

“His legislative efforts including working to legalize adult-use cannabis, providing protections for victims of human trafficking and preventing the irresponsible use of hydraulic fracturing on Commonwealth lands,” Leach campaign spokesperson Andrew Blum said in a statement. “In the district he is busy helping his constituents navigate government benefits, providing grant funding to local projects and attending community events to help educate citizens about important programs.”