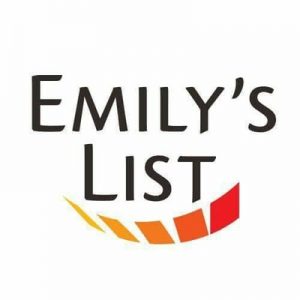 “Rep. Ryan Costello has failed to protect the people of Pennsylvania he was elected to represent – and EMILY’s List and our five million-strong community are aggressively looking to flip his seat,” Emily’s List President Stephanie Schriock said of Costello in the release.

Emily’s List is focusing on Planned Parenthood funding, equal pay protections, and abortion as its reasons for targeting these three Congressmen.

“Women voters are furious at his shameful lack of courage and leadership – especially when it comes to protecting the safety and wellbeing of their families. Meehan has repeatedly voted to defund Planned Parenthood and undermine equal pay protections for women,” Schriock said of Meehan.

“It’s clear that Rep. Smucker cares far more about the politics of Washington than helping the women and families of Pennsylvania’s 16th District,” Schriock said of Smucker.

The three Congressmen are also being targeted by the Democratic Congressional Campaign Committee (DCCC).

“Now, more than ever, we need powerful pro-choice Democratic women in office to fight for Pennsylvania’s women and families – and Chrissy is more than ready to take this on,” Schriock said.

Costello’s campaign called out Houlahan on her refusal to take a position on single payer.

“Two weeks ago PoliticsPA asked Chrissy Houlahan for her thoughts on a single payer health care system.  She refused to answer, however, she has time to continue her pandering to liberal DC special interest groups in order to get their money.  I guess we know what her priorities are.   Congressman Costello will continue to make the families and taxpayers of the Sixth Congressional District his priority,” Costello campaign senior advisor Vincent Galko said in an email.

National Republicans responded by calling Emily’s List as part of the “status quo” and touted the record of the three Congressmen.

“Democrats endorsing Democrats isn’t much of a revelation. Entrenched liberal special interest groups are desperate to maintain the failed status quo while Pennsylvania Republicans are running on successful records of accomplishment and reform,” National Republican Congressional Committee Chris Martin said in an email.