Sen. Bob Casey’s newest ad presents the touching story of a mom who lost her son in Iraq; not during combat, but as a result of faulty electrical wiring at his base. When he heard about it, Casey took the lead on the issue and helped enact tougher standards for U.S. military contractors. 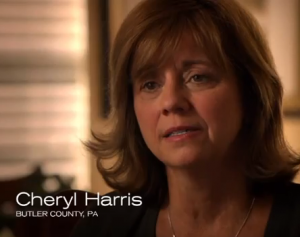 “Ryan had stepped into a shower and he was electrocuted. Only later did I find out there were others just like him,” says Cheryl Harris of Butler County.

Straight to camera, she continues, “I reached out to my Senator, Bob Casey, and he made it his mission to help. He forced defense contractors to fix faulty wiring, and thousands of inspections have taken place.”

“We’ll never get Ryan back, but because of the work of Bob Casey, our troops are safer in Iraq and Afghanistan.”

The 60 second ad is running in rotation with Casey’s other commercials in the Harrisburg, Johnstown, Scranton and Pittsburgh markets today through Monday at a price tag of about $225,000, according to the Smart Media Group.

For his other ads, he’s spending $425,000 in the Philadelphia market, $40,000 in Erie, and $440,000 in the markets mentioned above. Casey’s ads are produced by three firms, each including a member of Casey’s 2006 media team: Shorr Johnson Magnus, Putnam Partners, and Murphy, Vogel, Askew, Reilly.

It’s a subtle response to Republican Tom Smith’s characterization that Casey is a do-nothing in the Senate. Since Smith began to gain on Casey in the polls, the Senator’s attack ads have been fairly boilerplate. This is the kind of spot that can change the conversation in a race.

Other Casey efforts to help U.S. troops include support for veteran-owned businesses and cracking down on improvised explosive devices in Afghanistan.

Here are the Casey camp’s citations for the spot:

“A clearly frustrated Sen. Bob Casey yesterday demanded that Defense Secretary Robert Gates punish a contractor who, he said, permitted substandard work at U.S. facilities leading to the electrocutions of one soldier from the Pittsburgh area and 17 others.  At a news conference yesterday, Mr. Casey, along with fellow Democrat Byron Dorgan of North Dakota, called the Defense Department’s slow pace ‘a continuing outrage,’ and announced they’d requested a meeting with Mr. Gates seeking faster action to fix electrical problems in Iraq.” [Pittsburgh Post-Gazette, 1/28/09]

Pittsburgh Post-Gazette Editorial: “Death by shower: Punish those who betrayed the troops in Iraq”

“If you needed a metaphor for the misbegotten tragedy of Iraq, you couldn’t find better than the cases of soldiers who were electrocuted in their showers. All wars have their accidental deaths, but these electrocutions shock the conscience.  These were deaths that could have been prevented…. For his part, Pennsylvania Sen. Bob Casey has been zealous in keeping this issue alive by demanding explanations from the Defense Department. The combined pressure seems to have paid off: The Associated Press reported last week that an Army investigation now deems the soldier’s death a “negligent homicide” instead of an accident…. Sen. Casey is still pressing for answers — and anyone who supports the troops should stand with him.” [Pittsburgh Post-Gazette, 1/30/09]

“One month after the latest electrocution in Iraq, U.S. Sen. Bob Casey has proposed an amendment to a defense appropriations bill that would hold government contractors accountable for the safety of overseas military personnel and civilians working abroad. The legislation would close a loophole that allowed shoddy electrical work and other problems on American military bases to go uncorrected, the Scranton Democrat said. It would require the Department of Defense to review contracts to ensure they include language requiring contractors to immediately correct deficiencies, such as improperly grounded facilities or equipment, that could cause death or serious injury.”  [Pittsburgh Tribune Review, 10/3/09]

“Cheryl Harris knew it was coming Thursday — the news that her son’s electrocution in an Iraq shower last year was not an accident…. U.S. Sen. Bob Casey, D-Scranton, said last night that the Army’s investigation validates the work Harris has done since her son’s death. ‘As much as she wants the facts, she wants to make sure that it doesn’t happen to anyone else,’ Casey said. The senator, who has pressured the Department of Defense for answers after learning of Maseth’s death, said the investigation’s findings are ‘somewhat encouraging,’ because there has been a more definite determination made as to the manner in which he died. ‘But this is disturbing, that what was thought to be an accident is negligent homicide,’ Casey said, adding that no member of the military should ever have to worry about dying in a shower.” [Pittsburgh Tribune-Review, 1/23/09]

“It appears as if 18 deaths, a congressional probe and new military marching orders were not enough to end a rash of electrocutions in Iraq.  Now, a Pennsylvania woman is demanding accountability after her husband, an Air Force veteran and military contractor, died in a Baghdad shower Sept. 1. Adam Hermanson’s death comes less than two years after a Pittsburgh soldier, Staff Sgt. Ryan Maseth, was electrocuted while taking a shower in Iraq…. Harris encouraged Janine to take her case to Sen. Bob Casey, D-Pa., who championed her cause by holding congressional hearings. He also pushed the Defense Department to create a special task force to re-inspect all 90,000 U.S. facilities in Iraq. Problem is, not all contractors were required to fix the dangerous deficiencies discovered. So earlier this month, Casey sponsored an amendment that forces the military to close this loophole.  ‘This isn’t that difficult, the Department of Defense has to insist on that,’ Casey said. ‘They shouldn’t have to wait for language from me or anyone else to get this done!'” [WPXI]

“It was the death of Staff Sgt. Ryan D. Maseth, who was electrocuted while showering in 2008, that led the Department of Defense inspector general to look at the issue. Sen. Bob Casey, D-Pa. – Maseth was from Pittsburgh – pushed for the investigation.” [Stars and Stripes, 10/4/09]

“When he heard that a Pittsburgh constituent had died of electrocution in a shower while on duty in Iraq, he pressed the Department of Defense for safety assurances from contractors working on U.S. military sites.” [Patriot-News, 4/19/09]