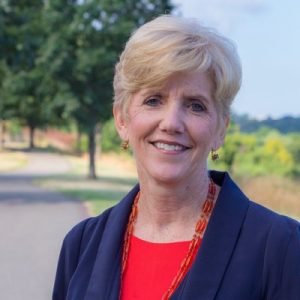 Erie County Executive Kathy Dahlkemper announced on Tuesday that she will not be seeking reelection in 2021.

Dahlkemper, first winning election for the office in 2013, is currently serving her second, four-year term.

“It has been my absolute privilege to serve as the County Executive for Erie County for what will be eight years. This has been the most important work of my life, and I will remain active and continue to devote my life to this work until my last day in office,” Dahlkemper said in a release. “There is still a lot to be done, and by announcing this now, I can concentrate fully on helping eradicate this pandemic and other important priorities rather than running a campaign.”

She continued to say that she’s proud of the achievements during her time in office and is exploring other future opportunities as well.

“During my time in county government, my administration has prepared an excellent infrastructure that is poised for the next County Executive. I am very proud of the talent of the people we have brought in, as well as the collaborations we have built with our local partners,” Dahlkemper said. “We have accomplished several groundbreaking achievements in my two terms, and I look forward to the fresh ideas of the next leader in 2022 while I consider other opportunities.”

Prior to being elected as the Erie County Executive, Dahlkemper served one term in Congress, representing the old 3rd District. She defeated seven-term incumbent GOP Congressman Phil English in 2008 for the seat. Dahlkemper lost her 2010 reelection bid against then-GOP challenger Mike Kelly.