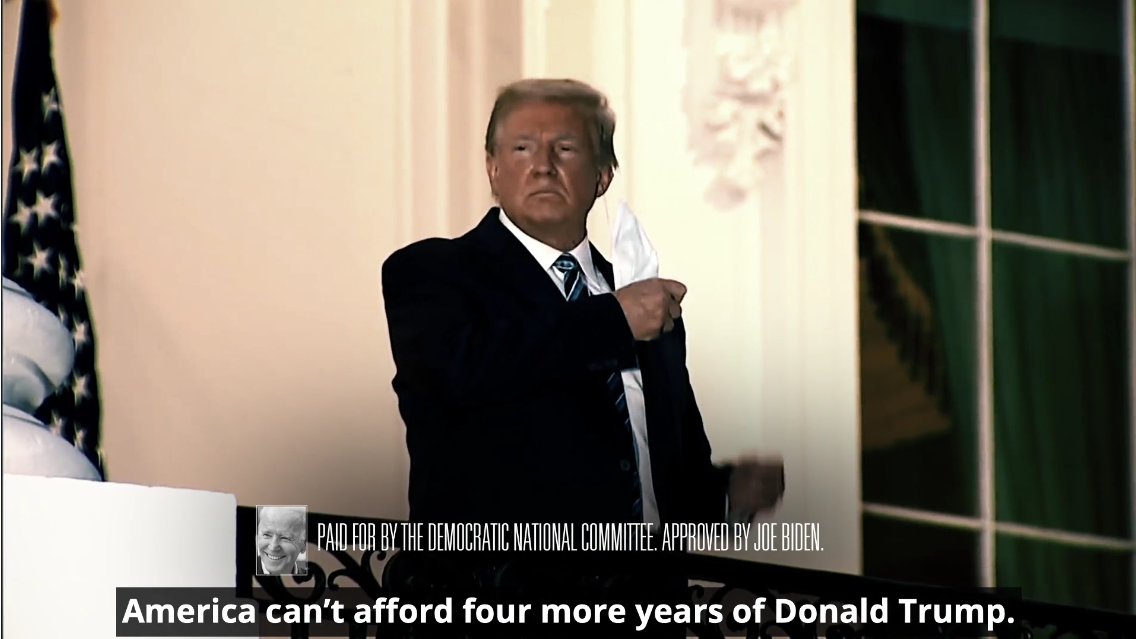 In an exclusive to PoliticsPA, the DNC’s 1 minute spot titled, “Deserves,” attempts to paint Trump as someone who has been untrustworthy his whole life.

The first 30 seconds criticizes Trump on his career prior to politics.

“Born and raised in New York City, from his father he learned the lessons of his success,” a voiceover says to begin the ad. “Lie, cheat, and steal.”

“He inherited hundreds of millions and squandered it on failed businesses,” the voiceover continues.

The other shots delivered to Trump on his career prior to running for public office cite him filing for bankruptcies on several occasions, settling lawsuits, being sued by the Justice Department, and being accused of “sexual misconduct, including assault and rape.”

The second half of the ad pivots to attacking his record as president on a laundry list of matters.

“As president, he pledged to take on American carnage,” a voiceover says to begin the latter half of the spot. “Instead, he caused it.”

The ad continues to accuse Trump of “stoking the fire of racism and division, losing a trade war with China, pushing millions off their healthcare,” while blaming his response to COVID-19 for the aftermath in the United States.

“Standing back and standing by as over 225,000 Americans died from COVID,” a voiceover says towards the end of the ad.

“I don’t take responsibility at all,” a clip from Trump is played during the spot.

The Republican National Committee did not immediately respond with a comment on the ad. In past public statements, Trump has blasted Biden as “no friend of Pennsylvania” and specifically criticized the former VP’s previous support for NAFTA, the Trans Pacific Partnership, and other free trade agreements as “globalist attacks on Pennsylvania workers.” Trump has also publicly touted his administration’s travel restrictions from China to combat COVID as proof that he has responded to the pandemic properly.

The DNC said that the TV ad will run in the Philadelphia media market as part of a six-figure buy.