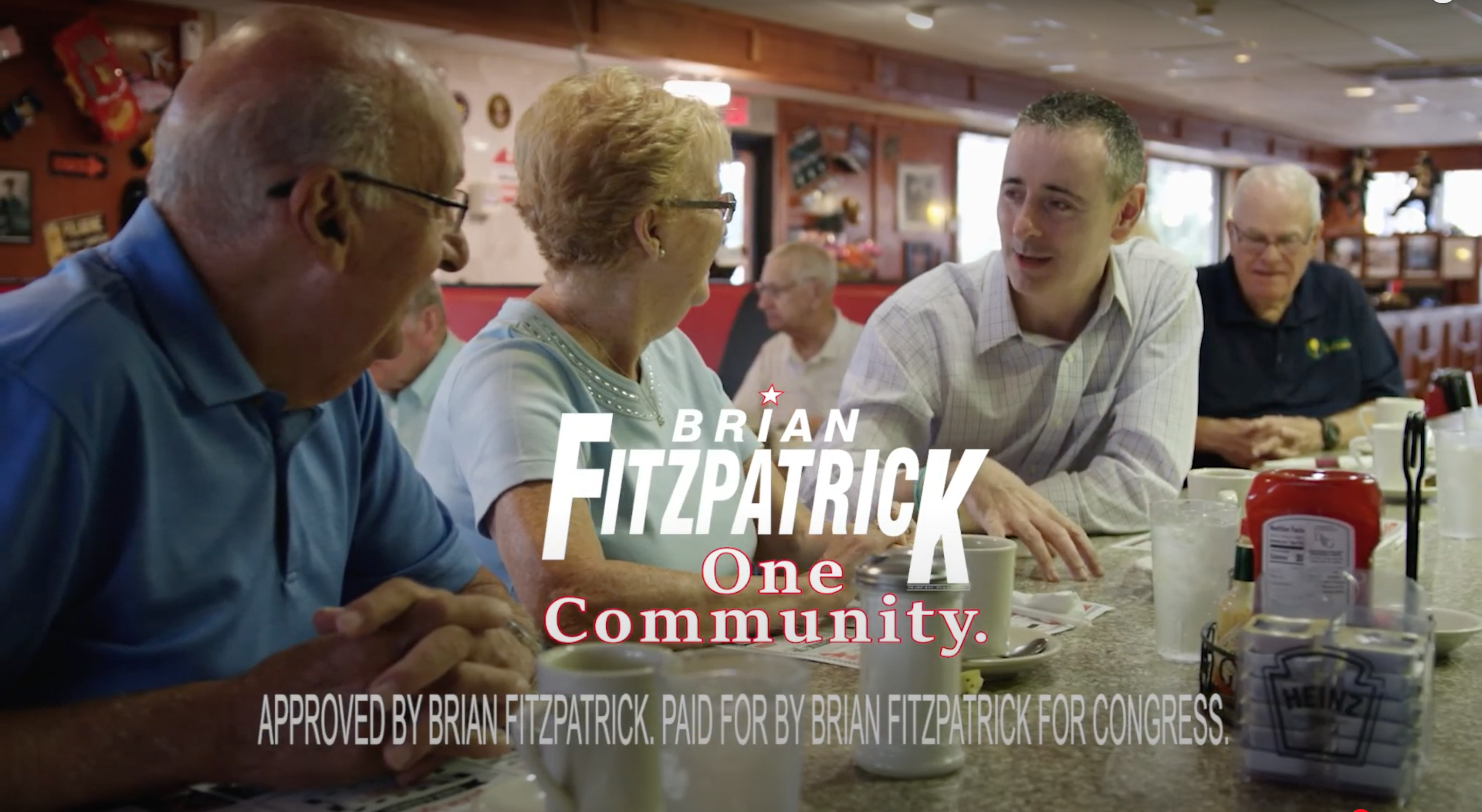 As the Philadelphia suburbs continue to trend towards the Democratic Party during President Donald Trump’s administration, the lone incumbent Republican in Congress from the region makes his reelection case by touting endorsements from various groups that don’t always support GOP candidates.

In an exclusive to PoliticsPA, Rep. Brian Fitzpatrick’s (R-Bucks) first TV ad of the general election features a number of voters and groups who say that they are “all in” for the GOP incumbent.

“People from all walks of life support Brian Fitzpatrick,” a voiceover says in the beginning of the 30 second spot titled, “All In.”

“From proud union workers to small business owners,” multiple people in the ad say. “People fighting for our environment. And moms standing up to gun violence.”

“From police officers to firefighters,” the ad continues. “Don’t forget, his mother.”

The AFL-CIO, U.S. Chamber of Commerce, League of Conservation Voters, Everytown for Gun Safety, FOP, Firefighters Union, and his mother are the endorsements for Fitzpatrick that appear on the screen during the ad. Text on the screen during the beginning of the spot reads that Fitzpatrick was ranked the “#1 most independent in U.S. History,” which is a reference to him being ranked as the most bipartisan member of the U.S. House in the first year of the 116th Congress and broke the previous all-time bipartisan score, according to the Bipartisan Index from the Lugar Center and the McCourt School of Public Policy at Georgetown University.

The spot ends with a Republican, Independent, and Democrat saying that they are “all in” for Fitzpatrick and his mother saying that he is the “strong independent voice we need” in Congress.

Democratic challenger Christina Finello, an Ivyland Borough Councilwoman, said in a statement to PoliticsPA that Fitzpatrick has “failed to stand up” to Trump when it matters most and linked the Congressman to Trump’s handling of the coronavirus pandemic.

“When you take a real look at Brian Fitzpatrick’s record, it’s clear he isn’t the ‘independent’ he claims to be,” said Finello. “Fitzpatrick sided with Trump to give tax breaks to the rich and gut protections for people with pre-existing conditions.”

“Bucks and Montgomery County voters are looking for a Representative in Washington they can count on to always have their backs, it’s clear that’s not Brian Fitzpatrick,” Finello said.