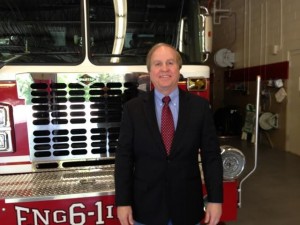 “I am aggressively looking at running for the Democratic nomination in the 6th Congressional District,” Denham told PoliticsPA. “As a doctor at Children’s Hospital of Philadelphia I advocate everyday for the health and safety of my patients and their families. I want to do the same in Congress. Our party needs a nominee who will fight for our progressive values, stand up for working families and has proven he can take on Republicans and win.”

Denham is an Assistant Professor of Clinical Anesthesiology and Critical Care at the Children’s Hospital of Philadelphia.

He initially went to school for his law degree, graduating from St. Joseph’s and then the Quinnipiac School of Law in 1981. A few years later, he transitioned to medicine earning his D.O. in 1992.

Denham would go on to serve in the Army for eight years and became Director of Anesthesia and Peri-Operative Medicine at Fort Sill, Oklahoma, the home of the U.S. Army Field Artillery.

When asked about the career change, Denham said that he had “always wanted to do both.”

The anesthesiologist even wrote a children’s book based on the stories he would tell patients before surgeries and described touring local schools to give a reading.

His first experience in electoral politics came in 2013 when he won a seat on the West Whiteland Township Board of Supervisors. The first Democrat to be elected to the board in decades, Denham described it as “a truly humbling win.”

Although the district is R+2, Rep. Costello has posted impressive fundraising numbers and the seat is currently considered “Likely Republican”.

“Yes, I can,” he responded when asked if he could defeat Congressman Costello. “I know I can.”

Costello defeated Manan Trivedi in 2014 but there also is speculation that another Democrat could run.

Mike Parrish was a 2014 candidate who had the support of the DCCC, until a controversy over his past donations to Republicans and Trivedi’s entry, led him to drop out. It’s believed he could also be prepping for a 2016 run. Denham didn’t want to consider a hypothetical primary but did concede he has not been in contact with the DCCC.

While Denham has yet to officially jump in the race he did say he is looking forward to an “exciting 2016.”