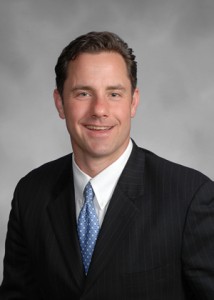 Bethlehem Mayor John Callahan has been fined by the Federal Elections Commission for using $9,932 of funds from his mayoral campaign for his congressional campaign, Colby Itkowitz of the Morning Call reports.

The news comes as Callahan contemplates a rematch against Republican Rep. Charlie Dent.

According to Callahan’s Campaign Manager, Justin Schall, “this firm was hired to find out what criminal background checks on the name John Callahan would dig up.”

At the time of the complaint, Schall said that when Callahan decided to run for Congress, partly based on the information garnered through the research, the congressional campaign had to pay for it and did so.

Callahan paid $5,000 back to his mayoral committee from his federal committee before the complaint was filed, but didn’t disclose or pay back the remaining $4,932, according to the FEC report.

The PAGOP pounced on the news vindicating Gleason’s complaint.

“John Callahan’s decision to improperly use funds from his mayoral campaign to support his bid for congress is wrong, and as the FEC recently ruled, illegal,” Gleason said. “This ruling further affirms the voters’ decision to reject John Callahan’s bid for Congress last year.”

Callahan settled with the FEC in August to avoid a lengthy proceeding, according to the report on the FEC website. The report also says Callahan said he acted “on good faith” because the research was used by both campaigns it was allowed.

Callahan must pay a civil fine of $1,200 and pay back his mayoral coffers.