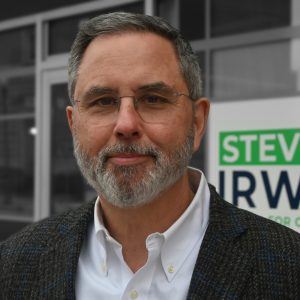 A new twist has developed in the race for the Democratic nomination for the 12th District U.S. Senate seat.

A representative from U.S. District Judge Cathy Bissoon’s office has confirmed that Bissoon did not sign a petition in support of Steve Irwin, the Pittsburgh attorney running against Jerry Dickinson, Summer Lee, Will Parker and Jeffrey Woodard.

“I did not sign this petition,” Bissoon told WESA. “I have no comment other than it is obviously an unfortunate scenario that he perhaps finds himself in,” she added. “I have no idea how it happened.”

The address information on the petition is correct, Bissoon said, but federal judicial ethics rules have stipulations on judges engaging in political activity. “That’s another reason the signature is not mine,” said Bissoon, who was appointed to the federal bench in Western Pennsylvania by former President Barack Obama.

According to the Pittsburgh Post-Gazette, at least five other people who live on the same street as the justice say they also did not sign a nomination petition for Irwin and that the signature on the petition is not theirs.

To make matters worse, one of the five indicated that she is not registered to vote, while another stated that her husband’s name was spelled wrong on the petition.

The statement of circulator at the bottom of the petition reads, “… that the signers to the foregoing petition signed the same with full knowledge of the contents thereof; that their respective residences are correctly stated therein; that each signed on the date set opposite his or her name; that to the best of my knowledge and belief, the signers are qualified electors, duly registered and enrolled members of the political party and of the political district designated …”

The statement requires the signature of the circulator that indicates that the statement is subject to the penalties of 18 Pa. C.S. §4904 (relating to unsworn falsification to authorities). The maximum penalty is a $1,000 fine.

Candidates regularly attempt to gather more than the signatures required, in this case 1,000 for U.S congressional candidates, should some be inaccurate or not valid. Irwin’s campaign submitted 64 pages of petitions to the Department of State, including 17 provided by Rice.

Irwin’s campaign said in a statement that they were aware of the concerns raised about the “validity of certain signatures submitted with our petitions.”

“The signatures in question were all gathered by the same circulator, and we are currently reviewing all petitions submitted by this circulator,” the campaign added in the statement. “This is extremely disappointing, and we will take all appropriate action to resolve this issue.”

The deadline for such challenges is today and Dickinson, a University of Pittsburgh law professor, said that forging the signature of a federal judge can be a violation of federal law.

“Actions have consequences, and people must be held accountable,” Dickinson said in a statement. “Irwin’s actions are disqualifying. He has betrayed the public’s trust by engaging in unlawful activity. He should immediately withdraw from the race.”

Apparently, this is not the first time Rice has been investigated for potential forgery. According to the Post-Gazette, in 1990, the former city employee under then-City Controller and current Common Pleas Judge Tom Flaherty, was fired after being charged and later convicted for illegally obtaining more than 5,000 tablets of prescription drugs by forging prescriptions and “doctor shopping” for physicians who would prescribe the drugs to him, according to Pittsburgh Press archives from the time.

“His actions are not only wrong, but they are also potentially unlawful,” Alistair Glover, Irwin’s campaign manager said in a statement. “After conducting an internal investigation over the last few days, we have taken the appropriate step of referring his actions to the Allegheny County District Attorney’s Office.”

A review of the submitted petitions to the Department of State reveals that Irwin has submitted approximately 2,000 signatures with 438 attributed to Rice.