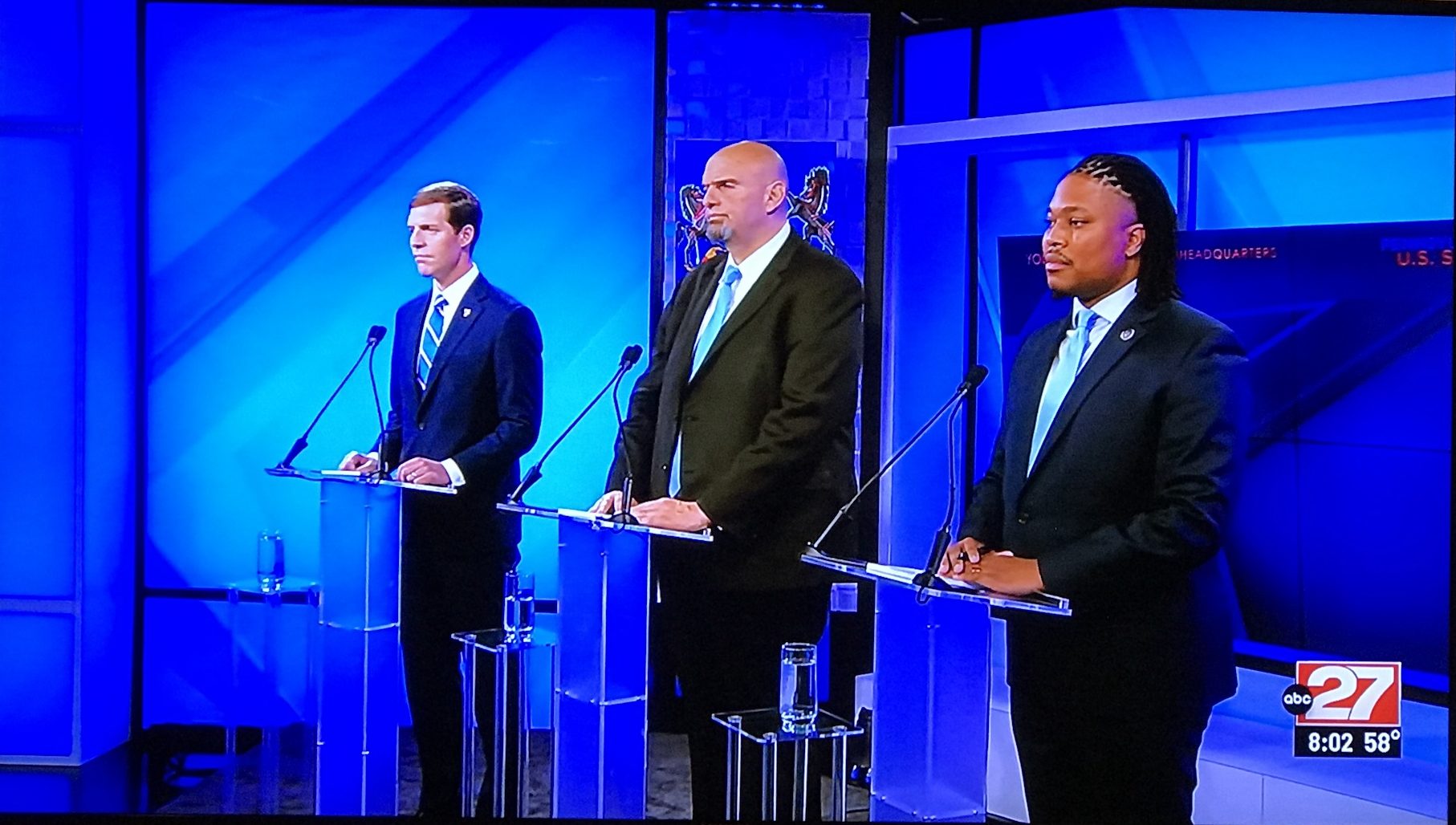 Democratic voters finally got their wish on Thursday night and the three leading candidates for the nomination for U.S. Senate delivered in a 60-minute debate.

Fetterman entered the debate riding the crest of a recent poll that showed him with a 24-point lead. It was up to Lamb and Kenyatta to show the chinks in his armor and close the deficit.

The sitting lieutenant governor provided some openings, as the U.S. congressman from Pittsburgh and the state representative from Philadelphia took turns hammering away at the former Braddock mayor.

The second surrounded the now-infamous 2013 incident where Fetterman confronted an unarmed Black man with a shotgun after assuming he was involved in nearby gunfire. The lieutenant governor did not respond to a question that asked if he would do anything differently today in the same situation.

Lamb called Fetterman out, saying he “is lying about his statement about pointing the gun.” Christopher Miyares, the man in question, “said Fetterman pointed the gun right at his chest. Look at the police report. Today, John won’t even admit he pointed the gun at him. He won’t admit he did anything wrong.”

“For somebody who has cut an image as a tough guy, you’re so afraid of two little words – I’m sorry,” said Kenyatta as Fetterman refused to look at him. “It’s not OK what John did. Did you point a 20-gauge shotgun at a Black man”?

Fetterman countered that “The people of Braddock who know me that know my heart know that 2013 had nothing to do with what they’re saying today. “That never happened. I never pointed the weapon at the individual, and everyone in Braddock knows … we know what this is about on this stage.”

Miyares, who is incarcerated for an unrelated crime, has written to the Philadelphia Inquirer saying: “It is inhumane to believe one mistake should define a man’s life. I hope he gets to be a senator.”

When posed the question which candidate has the best chance of winning in November, Lamb began “I’ve beaten three Republicans in three districts with (former president) Trump coming each time.The seat belongs to voters, not pollsters. Give me a chance. Get to know me.”

“I am the person on this stage who can actually engage the regional and demographic base of our party,” Kenyatta said.

“We are able to bring out margins that we are going to need because it’s going to be a tough cycle for Democrats,” Fetterman replied.

Fetterman was the only one of the three who supported a federal gas tax suspension. He would offset lost revenue by insisting that hyper-rich billionaires such as GOP candidate David McCormick pay “their fair share.” Lamb wants America to focus on increasing oil production, while Kenyatta wants to deal with the “root causes of inflation” first.

All three candidates supported gun control measures. Lamb emphasized the importance of shifting law enforcement dollars from nonviolent drug crimes to a “more aggressive” approach to gun violence. “Stop the flow of guns into Philadelphia, into Pittsburgh,” he said.

Kenyatta talked about his three-point plan that people need access to good jobs, schools, healthcare and retirement. Then, and only then, can gun violence begin to go down.

Kenyatta called out the natural gas industry, stating that it does not care about workers or their health. He did not call for a ban on fracking, but said there should be no new permits.

Fetterman called for an extraction tax and a moratorium, noting that fracking is an important industry that allows for energy independence.

Lamb said that fracking “allows us to do all three of those things,” – lowering carbon emissions, allowing for affordable energy and creating jobs.

The trio all came out in favor of supporting the legalization of recreational cannabis. Fetterman said it could “create billions in revenue” and “there was really no reason to oppose legislation.” Lamb endorsed the move if “done slowly and very carefully. There needs to be clear rules and regulations to make sure things are safe.” Kenyatta said Pennsylvania “should have done it a long time ago.”

Kenyatta gave the 46th president an A-, blaming “Putin’s price hike” and not “having a Senate there to help him finish” his transformational legislation. Fetterman and Lamb gave a grade of B+. The lieutenant governor and the Philly state rep both called out Joe Manchin as a problem with getting things accomplished. Lamb said that we need to “address the real stress and pain that our constituents feel. We have to do more.”