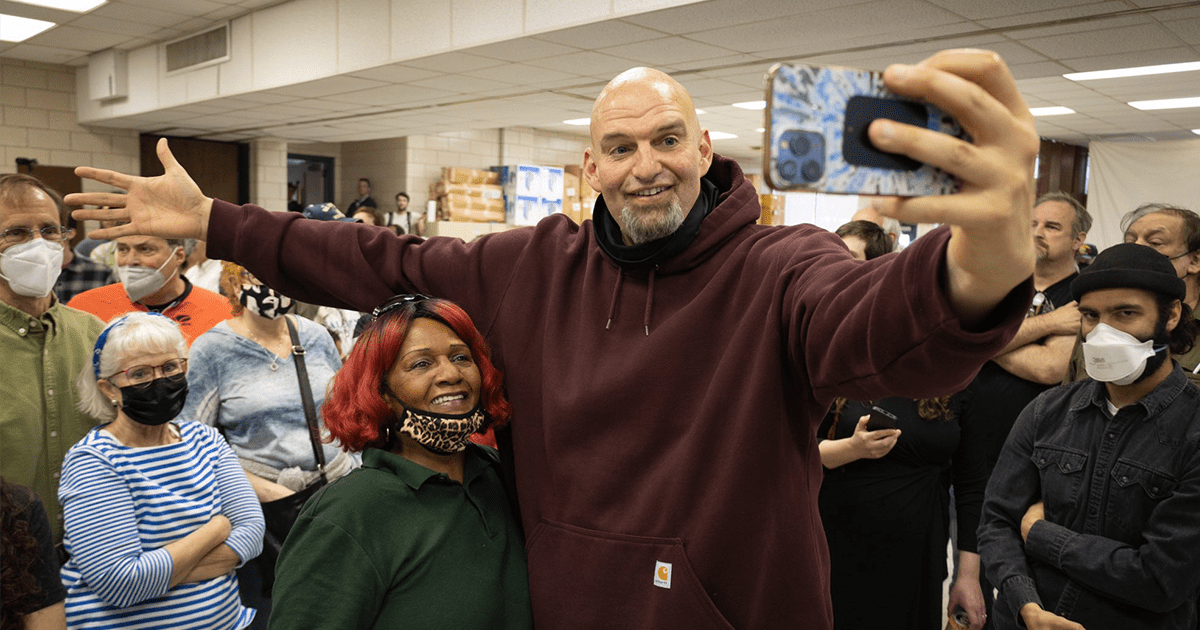 Against historic headwinds. Against soaring inflation. Against rising gas prices.

Critics called him soft on crime. Others questioned whether his recovery from a mid-May stroke could limit his ability to serve his Commonwealth.

Everything seemed to be going against John Fetterman in his quest to become Pennsylvania’s next U.S. Senator.

How did the 6-foot-8 former mayor of Braddock see his way through these obstacles and eventually receive a concession from Republican nominee Mehmet Oz to secure Pennsylvania’s second Senate seat alongside Bob Casey?

“Every County, Every Vote” became the campaign’s rallying cry and reaching out to Commonwealth counties that often feel neglected in the quest for votes in Allegheny and Philadelphia counties was the goal.

Joe Biden won the presidency in 2020 by 1.2% or a little more than 80,000 votes. Could Fetterman maintain the margins that Biden had or minimize losses, given the current resident of the White House’s low popularity numbers?

The answer was that Fetterman was able to build upon Biden’s success and roll to a 4.5 percent triumph or 241,000 votes.

The lieutenant governor received greater support from 63 of the Keystone State’s 67 counties, falling short in Chester, Delaware, Monroe and Pike. And of that quartet, the largest percentage difference between 2020 and 2022 was 1.1 percent.

One of the goals was to narrow the losing margins in rural counties while trying to run up the numbers in the suburbs and urban Democratic strongholds.

But winning more votes in smaller counties usually is not enough to make the difference in a close election, It is what you do in the swing counties.

The Democrat also made up ground among those counties, including bellwethers such as Erie and Luzerne. Biden won Erie County by 1.0 points two years ago – Fetterman won by 4.6. Luzerne was a Trump +14.4 county in 2020. Fetterman cut into that number by two percentage points.

Northampton County went for Biden by just 0.7 points in the last presidential election. Fetterman raised that number to 2.1 points.

The fact is that moderate and independent voters supported Democrats in sizable numbers – quite unusual in midterm elections. As the Wall Street Journal noted, “Republicans succeeded in one of their top goals this year: They brought more of their party’s voters to the polls than did Democrats. But in the course of energizing their core voters, Republicans in many states lost voters in the political center—both independents and many Republicans who are uneasy with elements of the party’s focus under Mr. Trump.”

In the end, Fetterman’s supporters appreciated his authenticity.

“What got us here? It was John Fetterman – it was him being himself, being authentic,” said senior advisor Rebecca Katz. “[Pennsylvanians] saw that John was one of them and Oz was from New Jersey,” said Katz. “And when they voted, that was the number one issue.”