Finally, Oz and Fetterman (May) Commit to October 25 Debate 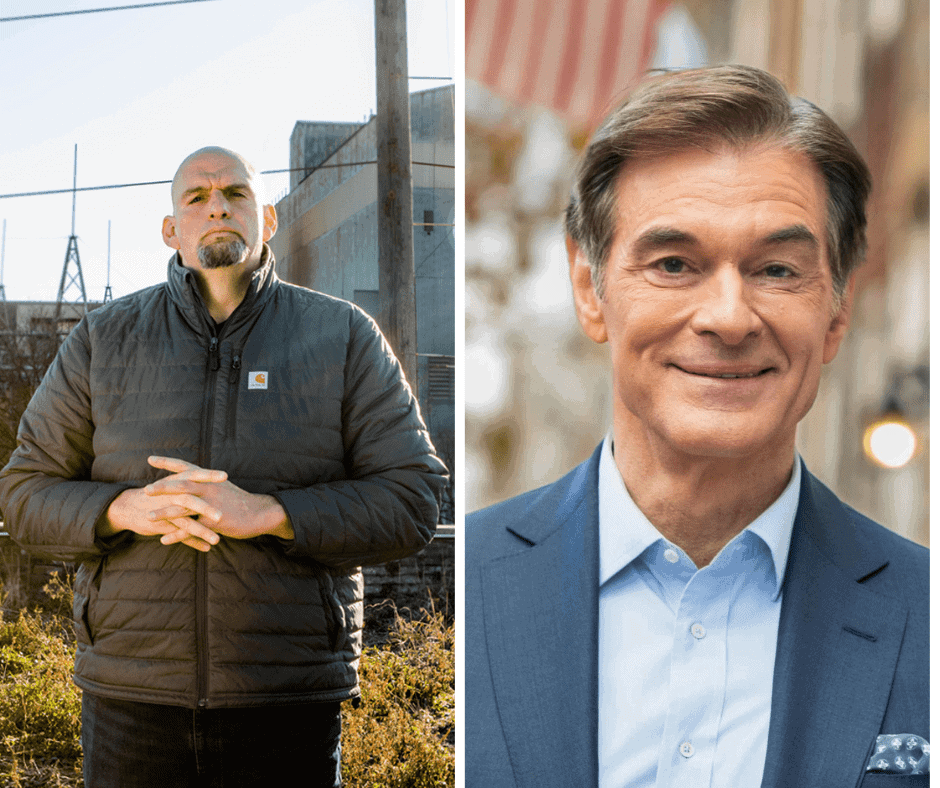 After weeks of “Will He” or “Won’t He,” Pennsylvania voters may finally get the chance to hear from their candidates for the U.S. Senate on a debate stage.

Democrat John Fetterman confirmed that he will participate in a debate against Republican opponent Mehmet Oz on Tuesday, October 25 – two weeks prior to the November 8 election.

The debate would be televised via Nexstar stations throughout the Commonwealth and will be held at the studios of WHTM-TV 27 in Harrisburg. Dennis Owens of abc27 and Lisa Sylvester of WPXI-TV in Pittsburgh would serve as moderators

“We said from the start that we’d do a debate, which John reiterated very clearly again last week. Enough distractions, it’s time to talk about the issues,” said Rebecca Katz, senior advisor to the Fetterman campaign.

The campaigns are still negotiating the accommodations for the event. According to Nexstar, the Fetterman campaign asked for closed captioning during the debate – for the moderators and for Doctor Oz. They also asked for two practice sessions in the Harrisburg studio so Fetterman could be comfortable utilizing the closed caption system.

The Oz campaign agreed to those requests, as long as the moderators explain that a closed captioning system is being used; that questions asked by any Nexstar employee during the practice sessions bear no resemblance to the actual questions; and the debate be extended from 60 to 90 minutes, due in part to any possible captioning delay. If those requests are acceptable to the Fetterman camp, Oz is prepared to accept the October 25 invitation.

“Doctor Oz looks forward to being in Harrisburg on October 25 to share his vision for a better Pennsylvania and America, and he is ready to expose Fetterman’s record as the most radical far-left senate candidate in America,” said campaign manager Casey Contres. “Doctor Oz will continue to push for more and sooner debates. Pennsylvania voters should not have to wait until October 25 to hear from their candidates.”

Earlier today, the Oz campaign announced that it has accepted an invitation by the Pennsylvania Chamber of Business and Industry to debate on October 3. The debate would take place in Hershey and be broadcast by the Pennsylvania Cable Network. Oz has agreed to participate in three other debates with WGAL-TV in Lancaster (Sept. 26), WTXF-TV in Philadelphia (Oct. 13) and WHP-TV in Harrisburg (Oct. 19).

There was no word in the Fetterman campaign announcement about other debates.

The October 25 date is two weeks from Election Day and is in line with previous Pennsylvania Senate debates throughout the years.

Oz supporters have claimed that with the advent of Act 77 and mail-in voting in the Keystone State, that any debate between candidates should be held prior to those ballots being mailed.

In the 2020 presidential election in the height of COVID, 4.2 million votes were cast in-person, while 2.6 million – or 38 percent – were cast via mail or absentee ballot among 9.1 million registered voters.

The 2022 ballots should be in the mail by the end of the month.

Participating stations on Oct. 25 include WPXI in Pittsburgh, WHTM in Harrisburg/Lancaster/Lebanon/York, WPHL in Philadelphia, WTAJ in Johnstown/Altoona/State College, WBRE and WYOU in Scranton/Wilkes-Barre, WJET and WFXP in Erie, and WYTV in Youngstown, OH. In addition, the debate will also be livestreamed on other Nexstar affiliates in adjacent states and markets in New York, Elmira, Buffalo, and Washington, DC, to reach the highest number of Pennsylvanians in other overlapping markets.