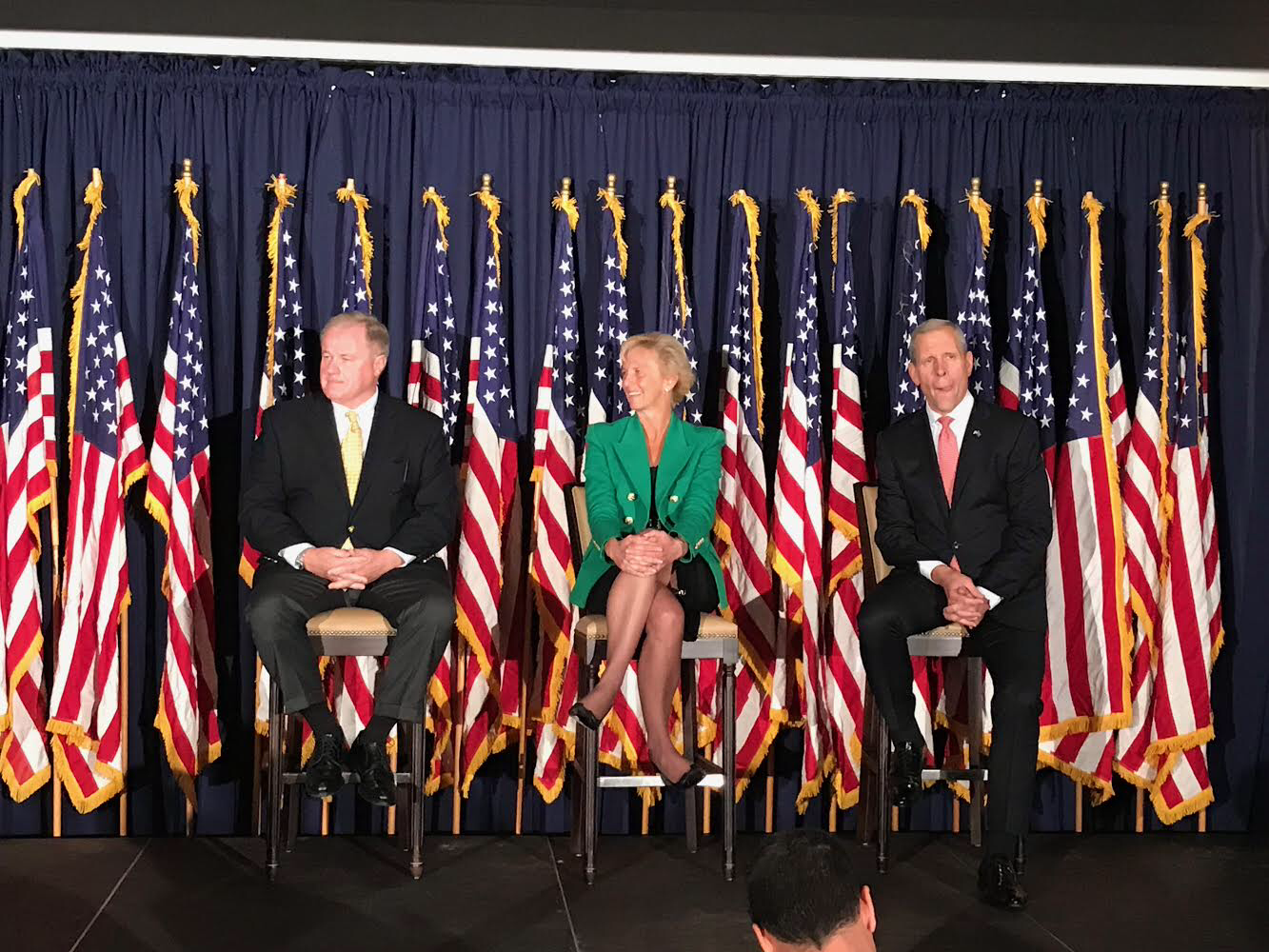 Businesswoman Laura Ellsworth, businessman Paul Mango, and state Senator Scott Wagner (R-York) all took the same stage in Montgomery county to discuss their visions for Pennsylvania. They took different approaches to say they would decrease regulations on Pennsylvania companies to grow the economy.

“Wolf has no sense of urgency about growing the economy,” Mango said.

All three candidates agreed that Pennsylvania needs to attract businesses to Pennsylvania to grow the economy.

“I have been selling for 35 years. You have to have an executive at the top who is selling all the time,” Wagner said during the event.

Throughout her responses, Ellsworth touted beginning a public private partnership for the state to develop business.

“One of the first thing I would to is active the private public partnership model,” Ellsworth said in response to a question about how to improve Pennsylvania’s infrastructure.

The crowd responded well to all three candidates, with all being interrupted during their responses by applause.

Prior to the event, the Pennsylvania Democratic Party held a press conference with state Rep. Madeleine Dean (D-Montgomery) about the event.

“Republican leadership in both Washington and Harrisburg have failed Pennsylvanians by continuously pushing plans that would be disastrous for health care in the commonwealth,” Dean said at the event.