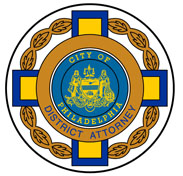 First quarter finance reports have been filed for the Philadelphia District Attorney’s office, and Michael Untermeyer filed with the most cash on hand (COH) with Joe Khan in a close second.

Untermeyer and Khan both led the pack in fundraising as well, bringing in $713,835 and $506,657 respectively.  Both candidates loaned money to their campaigns during the first quarter of the year though.  Untermeyer loaned $250,000 to his campaign to start the year.  Khan loaned $54,000 to his campaign.  No other Democrat loaned money to their campaigns.

The campaigns will all be pushing to raise money for their election day operations, mainly ensuring poll workers and the support of ward leaders throughout the city.

The Republican primary is not contested, with Beth Grossman running as the only candidate.  She filed with $4,818.35 COH.