Fiscal Cliff: Who to Watch in the PA Delegation 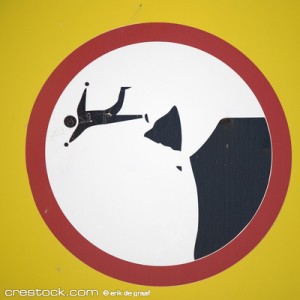 Election 2012 is done, and now members of Congress are now poised to tackle one of the biggest financial issues of the year: the Fiscal Cliff.

It’s not an expensive sandwich or date, nor is it the name of a new band. Rather, its the near $500 billion combined in tax increases, primarily due to the expiration of the Bush Tax cuts, and across the board spending cuts to major federal programs. It was part of a can-kicking bipartisan compromise to raise the debt ceiling in 2011.

These are scheduled to take place automatically after Jan 1, that is unless both sides of the aisle can reach a deal. Pessimistically, gridlock has consumed Washington over these past 2 years, so a deal between President Obama and the lame-duck congress is not a given.

It’s not even 100% that the current Congress will be the one to handle it. But if they are, here’s a look who to watch for in Pennsylvania’s delegation as the talks progress.

Toomey has arguably been the most active freshman Senator since taking office in 2010. He has also been a prominent opponent of President Obama’s economic policies. However, he’s not all talk. He served on the debt Super Committee and, while some Republicans have refused even the notion of increasing revenue, was the only member to put forward a plan that raised revenue. His plan found mixed support among the right wing of the GOP and broader support among moderates. Now, he’s in charge of the conservative wing of the Senate GOP vis-a-vis the Senate Steering Committee, which he chairs. Economic and budget policies are in Toomey’s wheelhouse, and his voice will be heard at the negotiating table.

A prominent surrogate for President Obama, Schwartz has been on the front lines when it comes to defending the administration’s policies – for the most part. She’s also been an advocate for the medical community via higher reimbursement rates, bringing her across the aisle from time to time to oppose some parts of Obamacare. She’s also a profile on the rise among House Democrats, even talked about as a possible future addition to the leadership team. Schwartz’s forte is Medicare, which would take a significant hit in sequestration cuts. Her history working with the GOP against IPAB might give her the cred to broker a deal.

Altmire ran in a tough special election against Mark Critz due to redistricting and ended up losing. His future may include a future run for office or a job in the private sector, so working to get a deal done would certainly bolster that resume. Altmire is a moderate Democrat who one would think is more predisposed to some sort of compromise during the talks. That said, should he want to re-enter politics he must now consider what the Democratic base would prefer. During his tenure, Altmire was a very active member of Congress in terms of floor debating, so adeal this big likely won’t keep him on the sidelines.

Talk about going out with a bang. Critz lost a tough re-election bid to GOPer Keith Rothfus, and now has to deal with this looming crisis before he packs his bags. Although Critz tried to distance himself from President Obama in the election, he still toed the party line at a significant rate, which suggests he’d be willing to work with his party to get a deal done. He has incentives to leave on a high note and work to get a deal done, as well as open the door for any other future runs for political office.

PA’s longest-serving sitting Congressman will see his tenure come to an end after a stinging defeat in the 2012 primary to Congressman-elect Matt Cartwright. However, it will be interesting to see what this blue-dog Democrat can bring to the table with this deal. Holden has been notorious for his stance against the Obama administration on certain issues, namely Obamacare, as well as his noted lack of support for House Minority Leader Nancy Pelosi. Holden has toed the party line on financial issues with his party, such as the bailout and Dodd-Frank. He’s also expected to move into the private sector, so watching Holden may offer clues about what K Street is looking for in a deal.

Platts is retiring after 12 years serving his south central Pa. district. It doesn’t seem likely that he will run again for office in either state or federal government. His stake in this is interesting. Platts’ district was considered one of the more conservative districts in the country, yet Platts himself has been more of a moderate. He has opposed the Ryan budget as well as Grover Norquist’s no tax pledge. He will be a good bellwether for Republican lame ducks and moderates throughout the caucus.