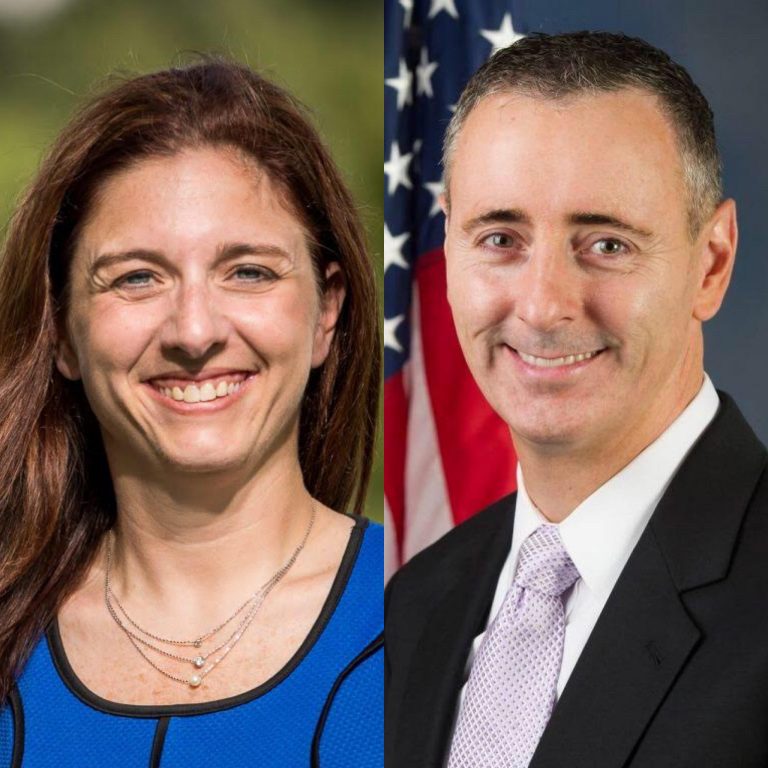 It’s a battle of the internal polls.

The Public Opinion Strategies survey was conducted on behalf of the Fitzpatrick campaign. It includes 400 interviews of registered voters conducted by telephone, half were conducted on cell phones, from July 11-14, and has a ± 4.9% margin of error.

Public Opinion Strategies polling leans in Republicans favor by an average of 1.5%, according to analysts at FiveThirtyEight, which gives the outlet a B+ rating. Having said that, all internal poll results should be taken with a grain of salt.

While Fitzpatrick enters the race as the favorite, it appears the GOP poll is being released at a time in which Democrats are feeling increasingly optimistic about their chances in Pennsylvania.

Several polls released in the past two months show former Vice President Joe Biden holding a lead over President Donald Trump, beyond the margin of error in Pennsylvania.

“For those interested in where this campaign actually stands at the moment, here you go,” said Kate Constantini, spokeswoman for the Brian Fitzpatrick campaign. “Christina Finello’s fake push-polls, which were solely designed to lie to donors and help her fundraising, have been exposed, and it’s not going to get much better for her.”

“Her entire campaign is focused on replacing the most independent Congressman in U.S. history with her far-left partisan agenda,” Constantini continued. “First she lied to our community by breaking her pledge to refuse corporate PAC money, now she’s lied to our community about her polling in order to help her fundraising. She has lost all credibility.”

The Fitzpatrick campaign did not specifically point to a donation from a corporate PAC that Finello received, in the press release.

A spokesperson from the Finello campaign shrugged off the poll as “fake” and attempted to link the incumbent GOP congressman to Trump.

“Brian Fitzpatrick can push any fake poll he wants to try to make himself look good, but he’s got a long record in Washington of siding with Donald Trump – and that’s what voters care about,” said Finello spokesperson, Ali Anderson. “Independent, third-party polls put this race in a dead heat because Fitzpatrick voted with Trump to give tax breaks to billionaires, stood by Trump as he bungled the worst health crisis in a century, and tore this country apart.”

“Christina is committed to being a voice for the everyday working people of this district in Congress, that’s why she is committed to refusing all corporate PAC contributions,” Anderson continued. “Meanwhile, Brian Fitzpatrick has accepted nearly a million dollars from corporate PACs, and lying about his opponent won’t change that. After two polls in June showing this race is tied, it’s clear the momentum is on our side and the voters of PA-01 are looking for a representative they can trust to be a voice for their families, not corporations.”

Despite the claims from both campaigns about polling showing the race in their favor, there has not been a poll conducted by a third-party outlet of this specific race.

Another note made from the Fitzpatrick internal poll shows that incumbent GOP Congressman holds a strong favorability rating, while Finello remains largely unknown by registered voters in PA1.

Despite conflicting data in regards to the race in PA1, the internal polls from both sides seem to agree on one thing – Biden’s lead in this Philly suburban district.