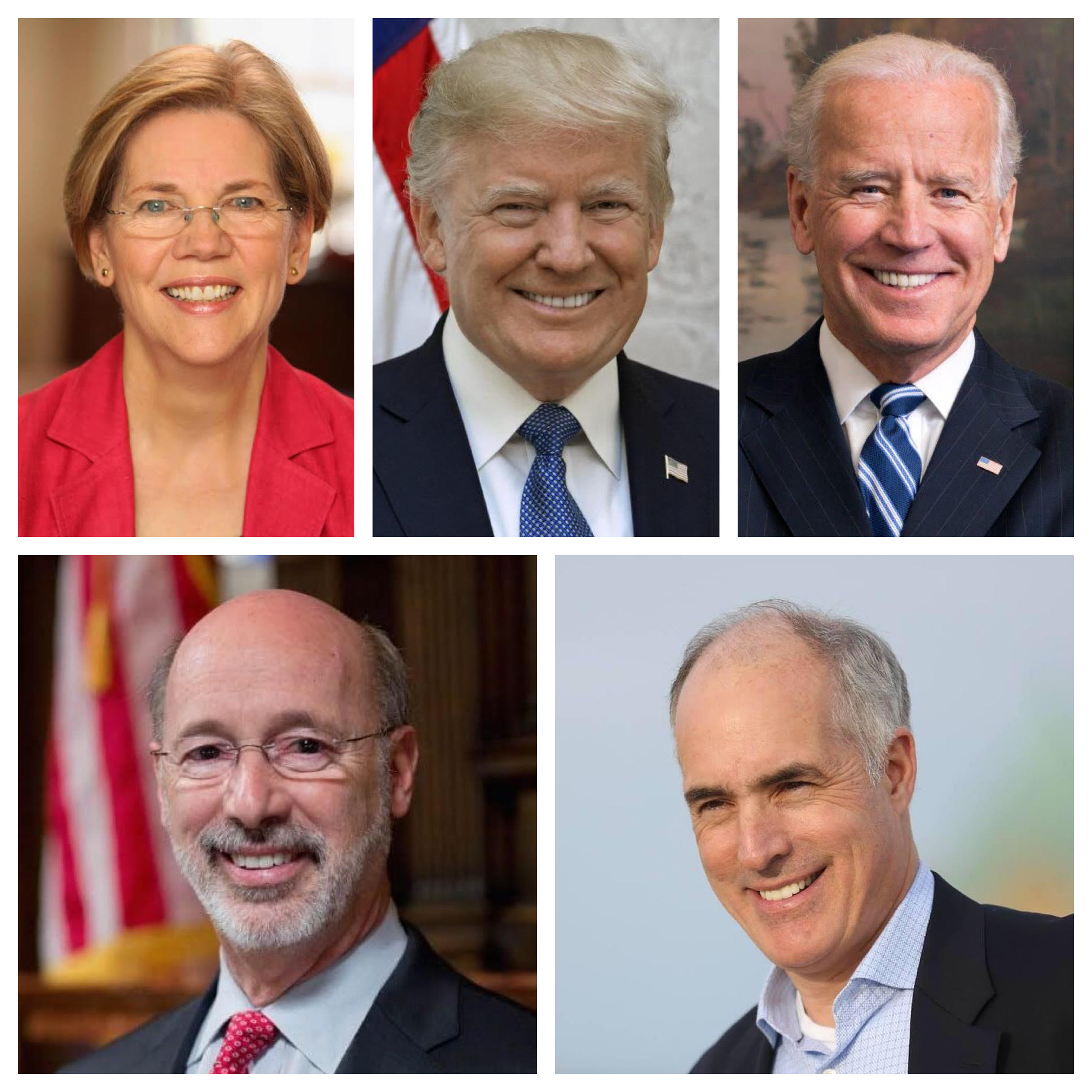 As 2020 nears, courting voters in “Blue Wall” states continue to be a priority for those seeking the White House. New polling from the Kaiser Family Foundation along with the Cook Political Report surveyed 752 registered voters in Pennsylvania, along with voters in Michigan, Minnesota, and Wisconsin to get their opinions on a variety of topics.

Here are the key Pennsylvania takeaways.

Since entering the race, former Vice President Joe Biden has consistently remained at the top of Pennsylvania Democratic primary polls and this latest polling shows the Scranton native with close to a 10 point lead over the next closest candidate, Sen. Elizabeth Warren (D-MA). 27% polled selected Biden, while Warren earned 18%, followed by Sen. Bernie Sanders (I-VT) with 14%. No other Democratic presidential candidate surpassed 5% on their “first choice” selection.

Biden maintains a sizable lead over Warren and the rest of the field as their first choice, but polling shows some differences when registered voters were asked about their “first or second choice.” Warren leads the way with 37% as the first or second choice, as Biden slightly trailing with 34%, Sanders in third place at 24%, and South Bend Mayor Pete Buttigieg as the only other Democrat surpassing double digits with 14%.

For those supporting President Donald Trump’s reelection effort to carry the keystone state once again in 2020, this latest poll doesn’t provide promising numbers. 39% approve Trump’s job performance in the state, while 61% disapprove. Of the four “blue wall” states polled, Trump’s lowest job approval rating is in Pennsylvania, while his highest is tied between Minnesota and Wisconsin at 42%.

The survey also asked registered voters about Trump’s job performance on the following five topics: the economy, trade with other countries, immigration, foreign policy, and healthcare.

Trump’s highest marks were how he’s handled the economy with 48% approving, while 52% disapprove. Trump polled worst with his handling of healthcare with 36% approving of his job performance on the topic, while 63% disapprove.

Healthcare and The Economy Most Important in 2020

When given eight options on what is the most important issue in deciding their vote for President next year, healthcare and the economy led the way with 21% each.

Gun policy and climate change were the next two most important issues for voters in deciding who to support for president.

Registered voters who said they are “undecided” or are probable Trump or probable Democratic voters in 2020 were asked about seven different proposals and whether they supported or opposed them.

Of the seven proposals, the largest support came with 72% of these swing voters saying that it is a good idea to provide a pathway to citizenship for immigrants in the United States illegally, while 27% say it’s a bad idea. The second proposal with the highest support among swing voters was with the Green New Deal, with 69% saying it is a good idea and 29% saying it’s a bad idea. The polling also shows a majority of swing supporters think it’s a good idea to place a “ban on future sales of assault weapons” and a “ban on owning assault weapons including mandatory buybacks.”

In comparison to the other three states polled, Pennsylvania politicians are the most popular within their state.