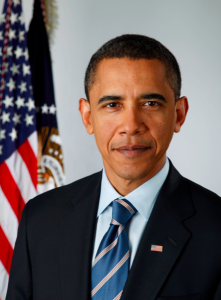 Barack Obama’s health care law is on relatively steady ground among Pennsylvania voters. The President? Not so much.

The pollster surveyed 628 registered voters via live interviews from October 22-27. The margin of error is plus or minus 3.9%.

Both categories reflect a slight rebound for Obama from F&M’s August numbers.

Voters had a more positive take on the President’s signature health care law, the Affordable Care Act (ACA). The law is also known as Obamacare, although the pollster did not use that nickname.

47% of respondents said the new law would make the healthcare system better for most Americans while 41% said the ACA would make it worse. 50% said the ACA should not be repealed while 40% said it should.

That’s good news for supporters of the law, which by the time of this survey had been plagued by bad news about significant problems with its rollout.

The law established a new marketplace for individuals to shop for health insurance coverage. But the primary means of access, the website healthcare.gov, has barely worked at all since it went live on October 1.

That said, the poll found only a small number of voters intend to sign up via the law.

20% of respondents said they think they are are eligible to sign up; 46% said they were probably or definitely not eligible. 27% did not know.

Of that 20 percent who said they were eligible, only 13% said they had actually attempted to sign up.

Of that 87 percent (people who believe they are eligible but hadn’t yet attempted to sign up), just 20% said they planned to try.

Finally, the ACA allows states to expand Medicaid as a way of providing health insurance coverage to the poor. That received wide approval, 68% to 25%.

But an alternate proposal by Tom Corbett was even more popular. The Governor wants to use private sector insurance companies to expand health care for the poor along with adding a requirement that recipients be seeking a job. 72% of respondents support Corbett’s version versus just 18% who oppose it.

Senator Bob Casey remains the more popular of Pennsylvania’s two U.S. Senators. 35% of respondents view him favorably versus 23% who view him unfavorably.

27% of respondents said they have a favorable view of Senator Pat Toomey versus 27% with an unfavorable view.