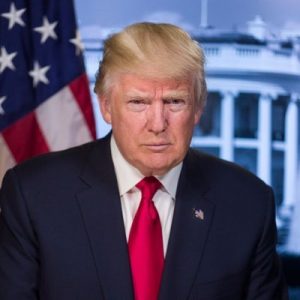 Trump’s 32% job approval (13% excellent plus 19% good) is in the same neighborhood as Senator Bob Casey’s (37%) and Wolf (38%). However, high negatives create a possible ceiling for Trump that Casey and Wolf do not face.

Those who disapprove of Trump’s job performance do so emphatically.  54% of voters said the President is doing a poor job, while 13% responded that he was doing a fair job.

An important caveat between the current poll and the Obama poll prevents an apples-to-apples comparison: the 2009 poll represented all Pennsylvania adults, not just registered voters, as today’s poll does. 14% of respondents in the 2009 poll were not registered to vote.

Trump faces his strongest challenge in Philadelphia, where only 10% view his job performance as either excellent or good. Trump is facing similar ratings among nonwhite voters, 92% score his performance as fair or poor.

A plurality of voters, 41%, said that the most important problem facing the country was the government and politicians.  A distant second with only 10% was immigration.  Foreign policy, terrorism & war with 7%, unemployment and personal finances with 6%, and the economy and finances with 5% rounded out the top five responses.

Asked their primary source of news, 31% said cable television, 28% said the internet (distinct from the 3% who said social media), 18% said network TV and 8% each said local newspapers and radio. Among cable news viewers, 44% named Fox News as their channel of choice, 29% said CNN and 15% said MSNBC.