Wolf leads former Sen. Scott Wagner 48 to 29 percent, according to the poll, while Casey leads Rep. Lou Barletta 44 to 27 percent. Both have maintained or extended their leads since March, when Franklin & Marshall conducted a similar poll. 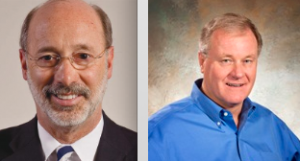 The poll — run June 4 through 10 with 472 registered voters — suggests more voters have made up their minds since March, with undecided numbers gradually shrinking. Neither incumbent has crossed the 50-percent mark, but an overwhelming majority of undecided voters would have to break Republican to pose a serious threat.

The pollsters noted, however, that the Republican challengers do not yet enjoy high name recognition among voters statewide. Many more Republicans and independent voters say they are still undecided — including 30 percent of Republicans in the gubernatorial race and 34 percent in the Senate race.

The Democratic incumbents’ leads closely match their approval ratings, which they have maintained since spring. 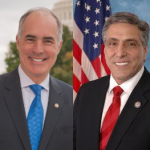 the state’s U.S. Senator, which is a bit higher than his ratings in the March survey.”

Democrats might also benefit from an enthusiasm gap, with 62 percent of Democrats saying they’re “very interested” in the 2018 midterms compared with just 50 percent of Republicans.

It’s not all bad news for the GOP, however. President Donald Trump has gotten a small approval bump in Pennsylvania since March, with 35 percent of voters saying he is doing an “excellent” or “good” job. That’s not exactly a high rating, but it’s 5 percent more than his approval three months ago.

The Barletta campaign said there are reasons to be optimistic about the latest numbers — especially because Casey has not cracked the 50 percent mark most incumbents like to see to consider their seat safe.

Pointing to the four-percent gap Wolf has over Casey in their respective campaigns, Jackson said he believes the senator is vulnerable.

“We are confident that as voters get to know Lou and his record of fighting for working families, this race will continue to tighten and Lou will win,” he said.

One issue seems to bring Pennsylvania Democrats and Republicans together: Fixing state government. More than 70 percent of voters polled said the state government needs to be reformed, “with large majorities favoring reforms to campaign finance laws, the structure and operation of the state legislature, redistricting, and state and local government financing,” the Franklin & Marshall pollsters wrote.

Changing the state’s redistricting rules appears popular, in a year when the state Supreme Court stepped in to redraw congressional maps and lawmakers continue a battle over their own borders. Nearly two-thirds of voters said they want to see changes in “the way legislative districts are created,” and 69 percent back an independent commission.