For Casey, It’s All Small Business, All The Time 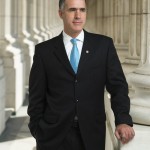 It’s the economy, stupid. In the 2012 elections, little else will be discussed. And for more than a year, Senator Bob Casey has barely deviated from an all-economy message. This week Casey and Senator Kristen Gillibrand (D-NY) introduced the Small Business Job Creation Tax Credit Act (SBCTC).

The SBCTC Act creates creates a one-year, quarterly payroll tax credit for small businesses which will give them an incentive to hire new workers, increase the hours of workers whose hours were cut and restore employees’ wages who were cut during difficult economic times.

Casey believes the legislation would help grow the economy.

“We have taken important strides toward an economic recovery, but far too many Americans remain unemployed or underemployed,” he said. “This legislation would help businesses hire workers, the most effective way to quicken the recovery and return prosperity to our communities that have suffered through the recession.”

Casey’s assertion is supported by studies conducted by the nonpartisan Congressional Budget Office and the Economic Policy Institute. One economist even projects it could create approximately 700,000 jobs in a short period of time.