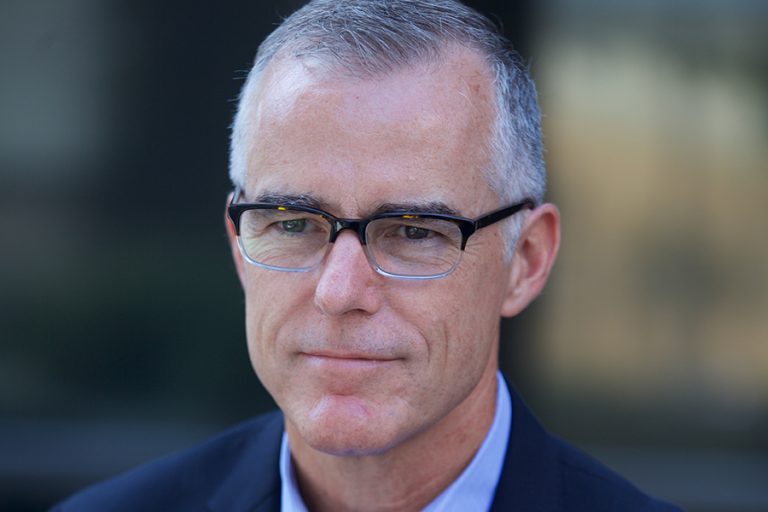 The upcoming Lancaster County Democratic Committee fall banquet is garnering headlines from a wide variety of political outlets due to their upcoming keynote speaker.

First reported by the Washington Free Beacon, Andrew McCabe, former deputy director of the FBI, is set to headline the Sept. 21 fundraiser of the LCDC at the Lancaster Marriott Hotel in downtown Lancaster to discuss the following: “The Firing of FBI Director James Comey and the fallout and aftermath, Russian meddling in the 2016 election, Mr. McCabe’s one-on-one interactions with Donald Trump during his tenure, and The Mueller investigations and report” according to the LCDC website.

McCabe was fired from the FBI in March 2018 after then-Attorney General Jeff Sessions accepted an internal FBI recommendation that “concluded that Mr. McCabe had made an unauthorized disclosure to the news media and lacked candor − including under oath − on multiple occasions,” according to NPR.

President Donald Trump celebrated the firing by sending out a tweet describing the news as a “great day for the hard working mend and women of the FBI – A great day for Democracy.”

McCabe sued the Trump administration over the firing last month for what the complaint alleges “Trump’s unconstitutional plan and scheme to discredit and remove DOJ and FBI employees who were deemed to be his partisan opponents because they were not politically loyal to him.” The Philadelphia Inquirer story on McCabe’s upcoming address pointed out that the New York Times reported that the Justice Department “appear to be in the final stages” of deciding to seek an indictment of McCabe.

JoAnn Hentz, Chair of the LCDC, described McCabe is “well suited” to address the topics of national security, cyber security, and more for the upcoming event.

“Mr. McCabe has devoted his career to the safety and security of our nation and he has been invited to Lancaster to speak on the timely and critically important issues of national security, specifically cyber security,” Hentz said in a statement to PoliticsPA.

She described the consequences of cyber attacks that could “promulgate false information to cause distrust in our government and undermine our elections” and more.

“This threat is not liberal or conservative, it’s real and dangerous, and the current administration not only refuses to accept and address the urgency of the situation, it instead attacks “the messenger,” Hentz continued. “All citizens, regardless of political leanings, should be demanding that every possible resource be funneled to the interests of national cyber security and that it be a major focus of journalists to report the reality of the situation.”

The RCLC finds it difficult to believe that McCabe would be “campaign inspiration” for the Democrats as they said he “betrayed the FBI.”

“It’s difficult to believe that Democrats would want to take their campaign inspiration from a disgraced FBI official whose only claim to fame is that he leaked confidential investigative files for partisan purposes,” RCLC Chair Kirk Radanovic said in a statement to PoliticsPA.

“Andrew McCabe betrayed the FBI. He lied to fellow agents about his leaking. And when he was caught, he was fired,” Radanovic continued. “It’s incredible. I feel sorry for a party who holds up such a man as their hero.”

The events for the evening kick-off with a Speaker’s Circle Reception starting at 5:30 pm that includes a meet-and-greet and photo-op with McCabe, although space is limited for this special reception. McCabe will speak for 45 minutes and participate in a 15 minute Q&A starting at 7:45 pm. There will be a book signing from 8:45-9:15 for his book “The Threat: How the FBI Protects America in the Age of Terror and Trump.”

Tickets to the dinner at $80 per person, and a ticket for the Speaker’s Circle costs $160 per person.