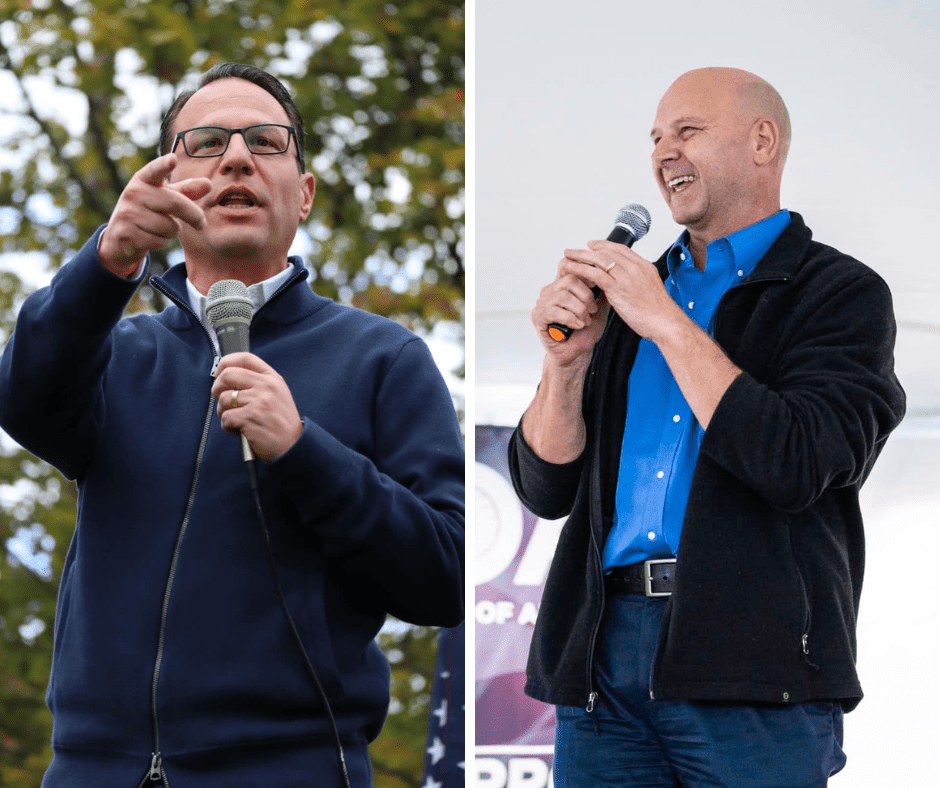 In a show of unity, Pennsylvania’s four living former governors called on Democrat Josh Shapiro and Republican Doug Mastriano to accept the results and outcome of Tuesday’s election regardless of the victor.

Tom Ridge, Mark Schweiker, Ed Rendell and Tom Corbett penned a one-page letter to the candidates, stating that the election process will be “open and transparent,” and “overseen by thousands of Pennsylvanians who care deeply about fairness.”

Dear Gentlemen, As the Commonwealth’s four living former Governors, we share much in common as regards our beloved Pennsylvania. Most importantly we each hold the futures of our fellow Pennsylvanians as a priority and their democratic governance as sacred.

That is why we are writing to each of you today.

As the two major party nominees for Governor, one of you will soon be granted the privilege of leading our state forward. As each of us did, you will find it challenging and humbling. Our hope is that you will also find it exciting and rewarding. We did. Some days, we even felt all those emotions at once! Regardless, the responsibility placed on one of you will carry with it our hopes for your success.

Before that, however, will come an equally important responsibility for each of you: to accept the results of the November 8th election. Tomorrow millions of people will cast their ballots for Governor for one or the other of you. Those ballots will be counted. Recounts, if necessary, will be conducted. Discrepancies will be resolved and an outcome will be certified – just as we have done for hundreds of years. The process will be open and transparent – overseen by thousands of Pennsylvanians who care deeply about fairness.

We are asking you, as the leaders of the Pennsylvania Republican and Democratic parties, to pledge to honor that process, respect the law, abide the peoples’ will and support a peaceful transfer of power. In doing so you will demonstrate to all Pennsylvania candidates who will be looking to you for leadership that love of Commonwealth and Country must come above all.

Mastriano has declined to answer questions on the trail about whether he would concede peacefully should Shapiro win.