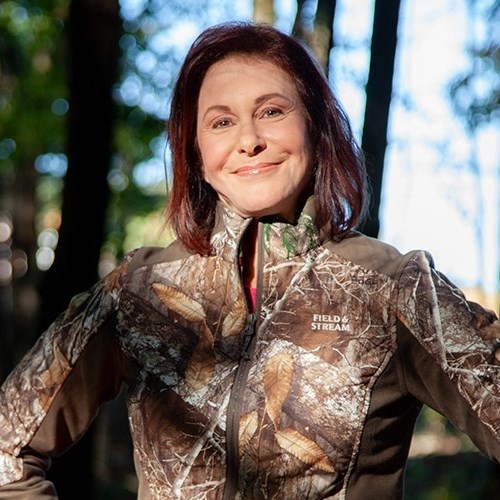 The Republican race to face Rep. Susan Wild (D-Lehigh) is growing in the 7th Congressional District.

Lisa Scheller, a former Lehigh County Commissioner and businesswoman, announced her candidacy on Monday for the Lehigh Valley seat.

In prepared remarks for her announcement speech, Scheller said the people of the 7th Congressional District are not being well served in Congress and that the issues most important to the Lehigh Valley aren’t being addressed.

“I’m not running because I need a job. I’m running because there’s a job that needs to be done,” Scheller said in prepared remarks. “People living here in the Seventh District have not been well served by Congress. They’ve lost faith in government because government has constantly acted in bad faith. It’s tearing us apart. Nobody’s really speaking or acting on the issues that matter to people here.”

The four specific issues she said that matter most to the Lehigh Valley were jobs, education, healthcare, and secure borders.

While speaking about jobs, Scheller said that the region and the nation has “record low unemployment” and pointed to her background running Silberline Manufacturing, a family-owned business, as proof that businesses create jobs, not the government. She said the government can help play a role by keeping taxes low and avoiding overregulation that “strangles jobs.”

Scheller said that the educational system needs “reforming” and argued that the “political class” has not done anything to address student debt, which she describes as a “deepening crisis.” She said that students need opportunities and that there isn’t a single solution to the dilemma, but the government needs to play its part in helping students in this regard.

“Every student does not need the same education, but they need opportunities, from technical schools to community colleges, to universities that students can afford. There’s no single solution for this,” Scheller said in prepared remarks. “But we need to get government to focus on education, rather than perpetuating the conflict. It’s a meaningful start.”

On the healthcare front, she talked about having a “sensible conversation” on the topic and pointed criticism at the Affordable Care Act, saying that “it’s not really affordable,” while defending a part of the bill that protects people with preexisting conditions. She said it’s “time to free people who are being held hostage to this system.”

As Scheller talked about securing the border, she said it’s time for politicians to address the issue “like grown-ups” and detailed the story of her grandparents coming to the United States. She said the nation was safe for their arrival to the country was “they had borders to protect that freedom” and that the conversation about immigration “isn’t about keeping people out.” She added that “you can’t have a nation without borders.”

Scheller also dove into the opioid crisis crisis topic and detailed her own personal experience with substance abuse. She was addicted to drugs and has found recovery, but described it as a “hard struggle” and said that opponents will try to talk about her previous addiction, but said she’s “not ashamed of my addiction and I empathize with people who struggle, and their families.”

In her campaign announcement video, Scheller talked about how she founded “Hope & Coffee,” a cafe that helps those who are recovering.

After campaign kickoff, she was asked by reporters about her support for Trump and responded by saying she considers herself a “traditional conservative.” According to the Morning Call’s Laura Olson, her campaign has since clarified that statement by adding she does support the president “especially after watching the Democratic debates.”

Scheller’s campaign just sent a statement from her clarifying answer from q-and-a at her kickoff event on whether she supports Trump:

“Yes, I support the president, especially after watching the Democratic debates,” she said. https://t.co/e3YmZBsaZs

Although Scheller just formally entered the race this week, she has already received the endorsement of House Minority Leader Kevin McCarthy (R-CA), who described her as an “energetic leader and doer.” The Morning Call reports that Scheller has been one of the largest Republican donors to local Republican campaigns in recent years.

Scheller, who was elected to the Lehigh County Board of Commissioners in 2011 and served as chair for two years of her term, called for term limits for members of Congress and said she’d only serve four terms in the House.

Wild’s campaign did not immediately respond for comment on Scheller’s entrance into the race.

Wild is one of three Democrats being targeted by the NRCC for 2020 in Pennsylvania.

Scheller joins Dean Browning, who narrowly lost the GOP nomination for the 7th District in 2018, as the second Republican in the race.

Wild is still currently the lone Democrat that has filed paperwork to run for this seat in 2020.