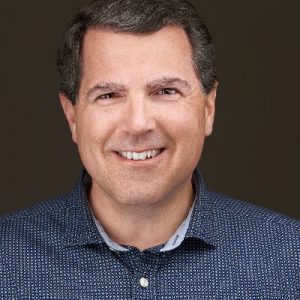 John McGuigan, a software executive who once served as President of the Norristown Borough Council, announced his intentions to seek the Democratic Party nomination for U.S. Senate in 2022.

“I am running to propose changes which fulfill our ideals of equality,” McGuigan said in a message to Democratic committee members.

“We will end the business of mass incarceration. We will hold our police forces, and our elected officials, accountable for racial injustice,” McGuigan continued. “We will protect the environment and restore the balance needed to sustain our existence while creating sustainable union jobs.”

“The American dream must be restored by stopping the erosion of the middle class, welcoming those seeking to better themselves through effort and opportunity, implementing Medicare For All, and properly funding public education at all levels,” McGuigan continued. “And, we must reform government itself; institutions like the Electoral College and rules like the Senate filibuster–historically rooted in preserving slavery now used in undemocratic ways to impede the progress of civil and human rights.”

His campaign website currently includes his positions on baby bonds and services, social justice reform, and the environment.

McGuigan says he supports the “ideals and framework” of Sen. Cory Booker’s bill (S. 3766) on Baby Bonds and Services, while adding “some significant changes,” in his plan. Under his social justice reform page, McGuigan describes it as the “most critical and urgent issue we face,” while laying out ways to address the matter. On the topic of the environment, McGuigan says that “everyone should be focused on, and concerned with, the existential threat to our environment,” and advocates for the Green New Deal, by saying the plan is “not an idea to be feared,” and added that the proposed climate legislation could be used to “improve our security, create sustainable jobs while saving our planet.”

McGuigan was elected to serve on Norristown Borough Council at the age of 20 in 1989. He launched an unsuccessful bid for Montgomery County Commissioner in 1996 and later went on to run a sales team at Regulatory DataCorp, according to The Times Herald.