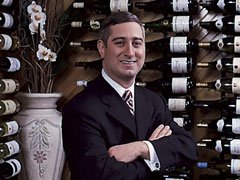 “The current system is antiquated – all anyone has to do is drive across the border to any of our neighboring states to see how out of touch the PLCB system is,” Newman said.  “There is no doubt in my mind that due to the inherent problems with the system, there is a desperate need to privatize.  Privatization will lead to greater convenience and better prices.  It is time to stop burdening Pennsylvanians with this backwater system that dates back to Prohibition.”

Newman’s seven-year tenure as PLCB chairman was highlighted by the introduction of the Chairman’s Selections, where Newman would negotiate to buy large quantities of a particular wine at low prices and pass the savings onto Keystone State imbibers.

In early 2007, Newman stepped down after a dispute over the creation of the board’s CEO position, which then-Chairman Newman deemed unnecessary.  The former Wine Enthusiast Man of the Year now runs his own wine retail operation, Newman Wine & Spirits.

Other proponents of Turzai’s measure joined him at the press conference, including state Rep. Tom Killion, who argued that privatization would allow the PLCB to focus on regulation and education.  “This legislation responsibly moves Pennsylvania out of the alcohol business, while at the same time maintaining state revenues and ensuring greater enforcement of the Commonwealth’s liquor laws,” he said.

The measure, House Bill 11, would eliminate the eighteen percent Johnstown Flood tax and the thirty percent markup by the PLCB and replace it with a yet-to-be-determined tax per gallon (somewhere between 8 percent and 12.5 percent).  Turzai believes the per-gallon tax, along with a boost in sales due to better pricing, will offset any lost revenue.

“You believe that, when it goes private, that we’ll get all those taxes, we won’t have to hire any new people at the Department of Revenue?” Santoni asked.  “Have you checked with the state treasurer or state attorney general to see what losses we might experience under that system?”

According to Turzai, the measure would also: