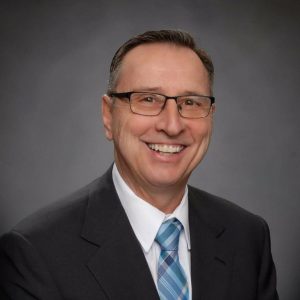 On Friday, former Scranton Mayor Bill Courtright was sentenced to serve seven years in federal prison on charges that he “shook down businesses for bribes and campaign contributions,” according to the AP.

Courtright resigned from office in July 2019 after pleading guilty to bribery, extortion and conspiracy.

The Citizens Voice reports that the former Democratic mayor must surrender to serve his prison sentence by Oct 30, pay a fine of $25,300, and serve 250 hour of community service in Scranton upon his release from prison.

“As hard as I try, I can’t give you an answer (to) why I did what I did,” Courtright said to the judge, according to the Citizens Voice. “I should have known better.”

WNEP reports that Paul Walker, Courtright’s defense attorney, said that the former mayor’s actions weren’t motivated by financial gain, but instead greed for power. Walker also referenced former Lackawanna County Commissioners Robert Cordaro and A.J. Munchak who are also serving time in prison for corruption as proof of the political culture in the region.

“I’ve lived most of my life in Lackawanna County, and I’ve seen what happens in Lackawanna County. I’ve got five kids, none of them are going to return to Lackawanna County,” Walker said, according to WNEP. “You know, you have to stop. We look at what goes on with the school district, with Cordaro and Munchak and we’re kind of the laughing stock of Pennsylvania. And people hear you’re from Lackawanna County and they look at you with a crooked eye, it just has to stop. You know? It can’t be business as usual.”

Courtright was elected mayor of Scranton in 2013 and was re-elected for a second term in 2017. He resigned in July 2019.