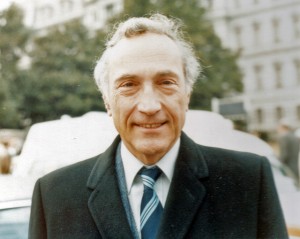 Richard Schultz Schweiker, a former U.S. Congressman, Senator, and Secretary of Health and Human Services, died Friday, July 31 at the age of 89.

Schweiker died of complications from an infection and was receiving treatment at AtlantiCare Regional Medical Center in South Jersey. A native of Norristown, PA, Schweiker had been living in McLean, VA since 1969.

Schweiker was 34 years old and the president of a tile company when he was elected to the U.S. House of Representatives in 1960. In Congress, he represented Pennsylvania’s 13th district in Montgomery County and served on the Government Operations and Armed Services Committees.

He wrote the Schweiker Act of 1965, which awarded cash incentives to military personnel who suggested cost-saving strategies. He was re-elected to Congress three times and elected as a U.S. Senator in 1968, defeating well-known incumbent Joseph S. Clark Jr.

During his two-term Senate career, Schweiker served as ranking Republican on both the Senate Labor and Human Resources Committee and the Labor-Health and Human Services Appropriations Subcommittee, the two Senate units that controlled both legislation and appropriations for labor, health, education, aging, and public welfare matters.

He was Ronald Reagan’s vice-presidential running mate for his unsuccessful 1976 bid at the White House. Schweiker chaired Regan’s Northeast states campaign in 1980. During the Reagan administration, Schweiker served as 14th Secretary of Health and Human Services from 1981-1983.

Colleagues and family remember Schweiker as a man of integrity, patriotism, and faith.

“Dick was a gentleman of the old school…a man of total integrity, and he was someone who served the public well,” said Bob Asher, a longtime member of the Republican National Committee. “He was from that era where people on both sides of the aisle were willing to compromise and not get locked into any particular doctrinaire position. I had the highest admiration for him. He was a good man and a very honorable and flexible man.”

“I am very, very sad to hear that the former senator has passed away,” said Frank R. Bartle, former Montgomery County Republican chairman. “He is a great man. He was great for the county, great for the state, and great for the nation.”

Schweiker was an active member of the Central Schwenkfelder Church in Lansdale and later at St. Paul’s Lutheran Church in Washington. His family say that his faith was the catalyst for his public service.

“Richard and [his wife, Claire] deeply believed that they were put on this earth to be of service to God and their fellow man,” said his family. That belief as well as the death of his older brother, Malcolm, in World War II, motivated him to run for Congress.

Schweiker is survived by his five children, 23 grandchildren, a great-grandchild, and one sister. He is preceded by his wife, Claire.