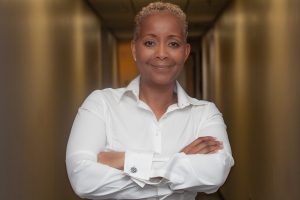 A third Democrat has entered the race to replace Auditor General Eugene DePasquale.

First reported by the Philadelphia Tribune, Tracie Fountain, a Certified Public Accountant who served in the Pennsylvania Auditor General’s for 29 years, formally announced a bid for the 2020 Auditor General race.

She points to her experience in the office, coupled with being a Certified Public Accountant, as proof that she is the most qualified candidate seeking to succeed DePasquale.

“My passion for the work stems from my decades of experience and enjoyment for the work that is produced for taxpaying citizens across the commonwealth of Pennsylvania,” Fountain said in a statement to PoliticsPA. “My decision was coupled with my technical knowledge as a Certified Public Accountant and managerial experience within departments serving as Bureau Director for five different audit bureaus – all of which makes me the most qualified and committed candidate to run for PA Auditor General.”

Fountain officially resigned from the Auditor General’s office in September after serving under 4 different auditor generals in 29 years to prepare for the statewide run.

“Being the only candidate in the race who has experienced the Auditor General’s office procedures and processes, I know firsthand what it will take to lead the office effectively,” Fountain said in a statement to PoliticsPA. “As you know, the office has gone through significant budget cuts resulting in a department wide staff reduction exceeding more than 50%. If elected, on day one of a Fountain Administration, I will begin the implementation of a strategic plan to ensure the Auditor General office remains the effective fiscal watchdog for every citizen living in the commonwealth of Pennsylvania.”

On the “plans” page of her campaign website, Fountain lays out three plans to address the recent budget cuts to the office, staffing inefficiencies in the office, and expanding the audit scope of the Magisterial District Courts to ensure charged offenses are accurate.

When asked about her priorities if elected, Fountain pointed to reorganizing the audit bureaus and cross-training audit staff to “ensure we can continue to release 5,000 mandated audits annually,” and said protecting the state’s most vulnerable citizens, children, elderly, and mentally challenged. She also pointed to identifying fraud, waste, and abuse of taxpayer funds, plus evaluating the “effectiveness of state funded veterans’ programs.”