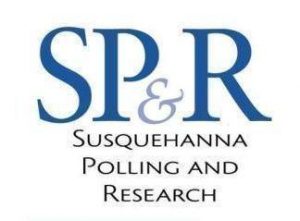 Former Vice President Joe Biden finds himself as the leader of another Pennsylvania Democratic primary poll, but the takeaway from this latest survey is that a majority of registered Democratic voters are undecided for the April 2020 primary.

According to a new poll from FOX43/Susquehanna Polling and Research, 52% of registered Democrats in Pennsylvania remain undecided as of today when asked which candidate would be their first choice for the party’s presidential primary. Biden leads the way with 17% supporting him and is the only candidate that surpasses double digits in the poll. Sen. Elizabeth Warren is in second place in the poll with 9%, South Bend Mayor Pete Buttigieg in third place with 8%, and Sen. Bernie Sanders holds 6% of the vote, putting him in fourth place. No other Democratic presidential hopeful surpassed 5% in the poll.

This specific poll surveying 307 registered Democrats in Pennsylvania, collected data from September 30 – October 6, 2019, has a margin of error of +/-5.6%.

51% of all people polled believe that Congress’s impeachment inquiry into President Donald Trump has merit, while 46% view it as a political stunt and 3% remain undecided. This poll surveying 650 registered voters in Pennsylvania, collected data from September 30 – October 6, 2019, has a margin of error of +/-3.8% at the 95% confidence level.