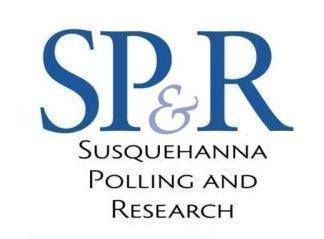 Gov. Tom Wolf voiced his support for marijuana legalization for adult recreational use in late September by saying a majority of Pennsylvanians would support the move after detailing the results from Lt. Gov. John Fetterman’s statewide tour on the topic, but new polling from FOX43/Susquehanna Polling and Research contradicts the tours results.

48% of registered voters polled said they opposed the legalization of recreational marijuana in Pennsylvania, while 37% said they support it and 15% remain undecided.

Democrats were the largest group polled for this survey with 47% registered with the party, although only 22% identified as “liberal” or “progressive.” 40% polled were registered Republicans and 10% said they were Independents. While only 22% polled identified as “liberal” or “progressive,” 35% said they were moderate, and 31% considered themselves conservative.

A Tale of Two Polls

A Franklin & Marshall College poll released in March 2019 showed that 59% supported the legalization of recreational marijuana, while 34% opposed it and 7% saying they didn’t know. The last F&M poll that had marijuana support below 37%, which is the total released from SP&R today, was in June 2014, when 35% supported it. The first F&M poll showing a majority of Pennsylvanians supporting marijuana legalization was in May 2017.

Another notable difference when analyzing the marijuana numbers between both polls is how the voters identified. Like today’s SP&R poll, 47% polled were registered Democrats, which is higher than registered Republican total, although 31% identified as liberal in the F&M poll, in comparison to the 22% identifying as “liberal” or “progressive” in today’s SP&R poll.
Opposition to Gambling Mini Casinos

Just over half, 52%, polled said they’d oppose a new mini-casino being located less than 45 minutes away from where they live, “in their local area.” 36% said they’d support these mini casinos in their area, and 12% remain undecided.