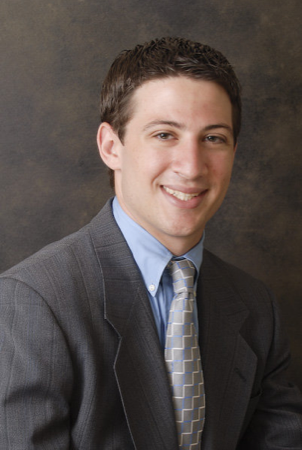 A national Tea Party group is about to turn up the heat on Rep. Tim Murphy.

Brendan Steinhauser, a spokesman for FreedomWorks, did not confirm or deny whether his group planned to support Feinberg. He did confirm Tuesday’s event, and explained that any hypothetical endorsement would come from FreedomWorks’ affiliated political action committee. The organization was formed in 2004 along with Americans for Prosperity – twin offshoots of Citizens for a Sound Economy.

The event will occur at 5:30 Tuesday at the Embassy Suites at the Pittsburgh Airport, and Feinberg’s supporters in southwest Pa. are abuzz.

A FreedomWorks endorsement doesn’t come with a big cash infusion or TV ads (like the Tea Party Express), but it does entail logistical support for grassroots activists. The organization purchases voter data and bankrolls a canvassing operation including dial-from-home phonebanking and literature. Though the PAC cannot coordinate with the campaigns directly, it boasts a 2.4 to 3 percent boost in voter share for endorsed candidates.

Feinberg spent several years in Washington, first as a staffer for the Heritage Foundation. One southwest Pa. Republican dismissed the FreedomWorks endorsement as Feinberg calling in a favor from friends in DC. Another suggested that the organization’s primary connections to southwest Pa. come via a small group of Murphy detractors.

In any case, it’s an important development for Feinberg, who will need to generate national conservative interest if he hopes to present a serious challenge to Murphy. Murphy has $1,040,000 cash on hand to Feinberg’s $40,000.

So far, national conservatives have taken notice of the pa-18 primary. The Club for Growth has spent around $125,000 to air television ads against Murphy, RedState called for him to be primaried, and Senators Tom Coburn and Rand Paul, who previously employed Feinberg as a Hill staffer, have hinted at throwing their support behind him.

Locally, the Tribune-Review editorial page has consistently criticized Murphy in recent months. And a new website, Tim Murphy Must Go launched recently. It appears to be affiliated with the PA Coalition for Responsible Government.

Conservatives’ strongest complaint against Murphy is that he voted with labor unions for the Employee Free Choice Act, nicknamed ‘card check’ by critics. Murphy, along with many Republicans, also supported a number of spending measures over the past decade that are unpopular with limited government advocates.

Murphy counters that his voting record is 100 percent pro-life, 100 percent pro-gun, and that he has intensely opposed ‘Obamacare.’ Not to mention, he took a leading role in investigating an Obama administration-back loan to the now-bankrupt firm Solyndra.

With Murphy’s million dollar edge, unless Feinberg gets some significant help from DC, that is the story that voters in Allegheny, Greene, Washington and Westmoreland counties will hear.