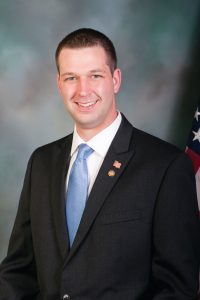 “I am truly honored to be chosen to lead such a well-respected organization representing an important segment of our state’s economy,” Gabler said in a release. “The forest products industry provides excellent job opportunities in all 67 of Pennsylvania’s counties – from our smallest villages to our largest cities.

“I have always been passionate in advocating for the economy of Rural Pennsylvania, and I see this opportunity as a continuation of that important work that can positively impact every community in our Commonwealth,” Gabler continued.

The PFPA began in 1980 as the Hardwood Lumber Manufacturers Association before changing its name from HLMA to PFPA. According to its website, the statewide group was created to provide a “unified voice on state legislative and regulatory issues,” and currently supports and promotes the forest products industry in a multitude of ways. The PFPA consists of approximated 250 entities ranging from timber operations and sawmills to paper and wood product manufacturers and equipment suppliers.

The release announcing Gabler’s hire touted his work in the state House authoring legislation that enacted the extension of an agricultural sales tax exclusion for equipment and parts to timber operators in Pa. The PFPA release also credits Gabler as working “extensively” with the industry to support issues of importance for economic competitiveness.

Gabler, who was first elected to represent the 75th District in the state House in 2008, announced he wouldn’t seek reelection earlier this year.

Gabler, a major in the Pennsylvania Army National Guard, was deployed to Iraq for nearly all of 2018.

The Clearfield County Republican has also been rumored as a possible candidate for the 15th Congressional District whenever Rep. G.T. Thompson (R-Centre) retires.

Thompson lauded the PFPA’s hiring of Gabler and is quoted in the press release detailing working “closely” with Gabler while he was in the House and plans on continuing to work with him in his new role.