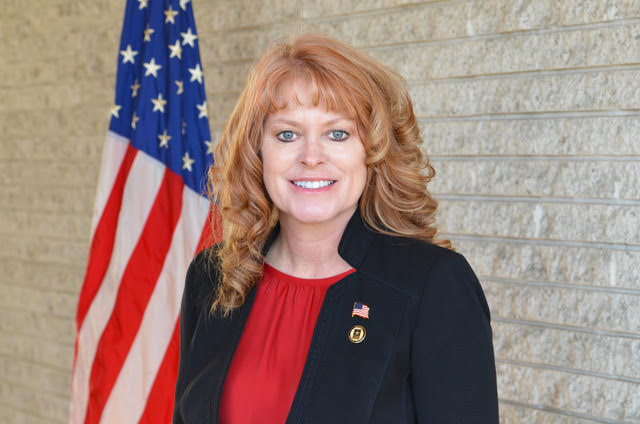 Stacy Garrity, an Iraq War veteran and businesswoman who previously sought the Republican Party nomination for the 12th Congressional District after Rep. Tom Marino (R-Lycoming) retired, formally launched a GOP bid for Treasurer late last week. At the Pennsylvania Republican Party winter state committee meeting over the past weekend, Garrity received the state party endorsement by a voice vote. She was the lone Republican nominated on the floor of the state committee meeting.

In a release about her candidacy, she said she’d prioritize fiscal responsibility, transparency, and putting taxpayers first if elected Treasurer, while taking a veiled shot at Treasurer Joe Torsella (D).

“Pennsylvania deserves a treasurer who prioritizes fiscal responsibility, transparency, and putting Pennsylvania taxpayers first – not someone who uses the job as a step on the political ladder,” Garrity said. “Over the past three years, our transparency rating has declined, and taxpayers have been footing the bill for secret investment fees. We deserve better.”

Garrity, the lone Republican candidate thus far seeking her party’s nomination for the seat, is hoping to unseat Torsella, who won the seat in 2016 after defeating Republican Otto Voit by nearly 6.5 points. Torsella, who Garrity accuses as using the office as a “political ladder,” has been rumored to be a potential candidate for other statewide offices in the future, although Torsella has not confirmed any interest in another statewide seat yet.

She continues to criticize the Montgomery County Democrat in the release, saying that she is the candidate who understands “Pennsylvania’s heartland struggle to make ends meet” and dubbed Torsella as “card carrying member of the Philadelphia elite.”

“We need a treasurer who understands that every dollar counts,” Garrity continued in the release. “Someone who understands how people in Pennsylvania’s heartland struggle to make ends meet – not a card carrying member of the Philadelphia elite. In the military, we value honesty, integrity, responsibility, and getting the job done. We could use more of those values in the treasurer’s office.”

While Garrity’s press release delivered direct attacks at Torsella, she and those who nominated her for the state party endorsement this past weekend, did not mention the incumbent by name during her brief speech after receiving the endorsement.

The topics that Garrity highlights on the issues page of her campaign website are labeled “Open the Books, Return Every Penny, Eliminate Waste and Hidden Fees, Make Education Affordable, and Do the Job.”

According to a release from Torsella’s campaign earlier this month, the incumbent enters with over $1 million cash on hand for his reelection bid.