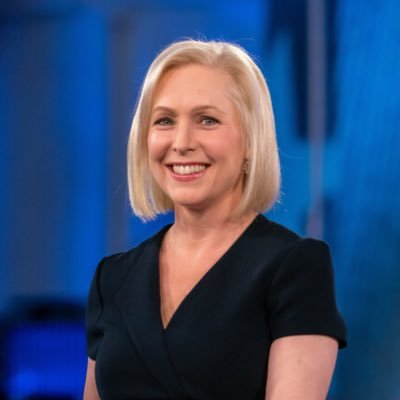 2020 Democratic presidential hopeful, Sen. Kirsten Gillibrand (D-NY) made a campaign stop in Pittsburgh on Thursday, to begin her “Trump Broken Promises” bus tour and detail her vision on the future of healthcare in the United States.

During her visit in Pittsburgh, she held a roundtable discussion on the current state of healthcare and touted her support for Medicare for All and combating rising prescription drug prices.

“I believe that if we offer Medicare for all, and have a transition period of maybe four or five years, most Americans would be part of it,” Gillibrand said according to WESA. “That’s how you get to single payer, and that’s how you have economies of scale to lock in the lowest price for drugs.”

Gillibrand believes the citizens of Pennsylvania have been lied to by President Trump and thought it was important to kick off the tour in the keystone state.

“Because I think Trump lied to the people of Pennsylvania about their lives,” Gillibrand said according to KDKA. “We’re going to talk today about the lies he made about lowering prescription drug prices.”

Pittsburgh area healthcare workers, including UPMC employees, participated in the discussion about healthcare policy and expressed their thoughts with Gillibrand about medical expenses.

“Clearly [UPMC] is getting tax benefits for saying they’re a not-for-profit organization but if they charge you $225,000 for five days in the hospital — that is the definition of corruption,” Gillibrand said in response to one man’s story, WESA reports.

In addition to touting her position on healthcare policies, Gillibrand took jabs at Trump over a number of issues important to Pennsylvanians including tariffs and infrastructure.

“Trump doesn’t actually have a thoughtful approach,” Gillibrand said about Trump’s tariff policy according to the Tribune Review. “He started a trade war with China, which has really harmed us. It’s evaporating markets that people need for dairy, for soybeans, for manufacturing — near Pennsylvania, you have a lot of manufacturing as well — and you have to be able to stand up to bad actors.”

During her stop in Western Pennsylvania, Gillibrand’s campaign released a 30 second television and digital ads airing in the Pittsburgh market. The 30 second spot, “I Promise” attacks Trump’s record on manufacturing, drug prices, and infrastructure in an effort to appeal to Obama-Trump voters.

The Pennsylvania GOP responded to the television ad from Gillibrand by labeling her as “too extreme for voters” in the state, while Trump campaign officials said no one is taking her “Trump Broken Promises” bus tour seriously, pointing to her past positions relating to gun rights and illegal immigration while she was a Congresswoman representing a district in upstate New York.

Gillibrand became the fifth 2020 Democratic hopeful to campaign in the state, and the third candidate to stop in Pittsburgh.

Former Texas Congressman Beto O’Rourke was the first to hold a rally in State College in March. Sen. Bernie Sanders (I-VT) made a swing through the state that included appearances in Pittsburgh, Bethlehem for a Fox News town hall, and Luzerne County in April. Sen. Elizabeth Warren (D-MA) participated in a town hall in Northeast Philadelphia with members of the American Federation of Teachers touting her education plan in May. Former Vice President Joe Biden held his first public event in Pittsburgh at a Teamster Hall, while taking on Philadelphia for his official “campaign kickoff rally” in May.