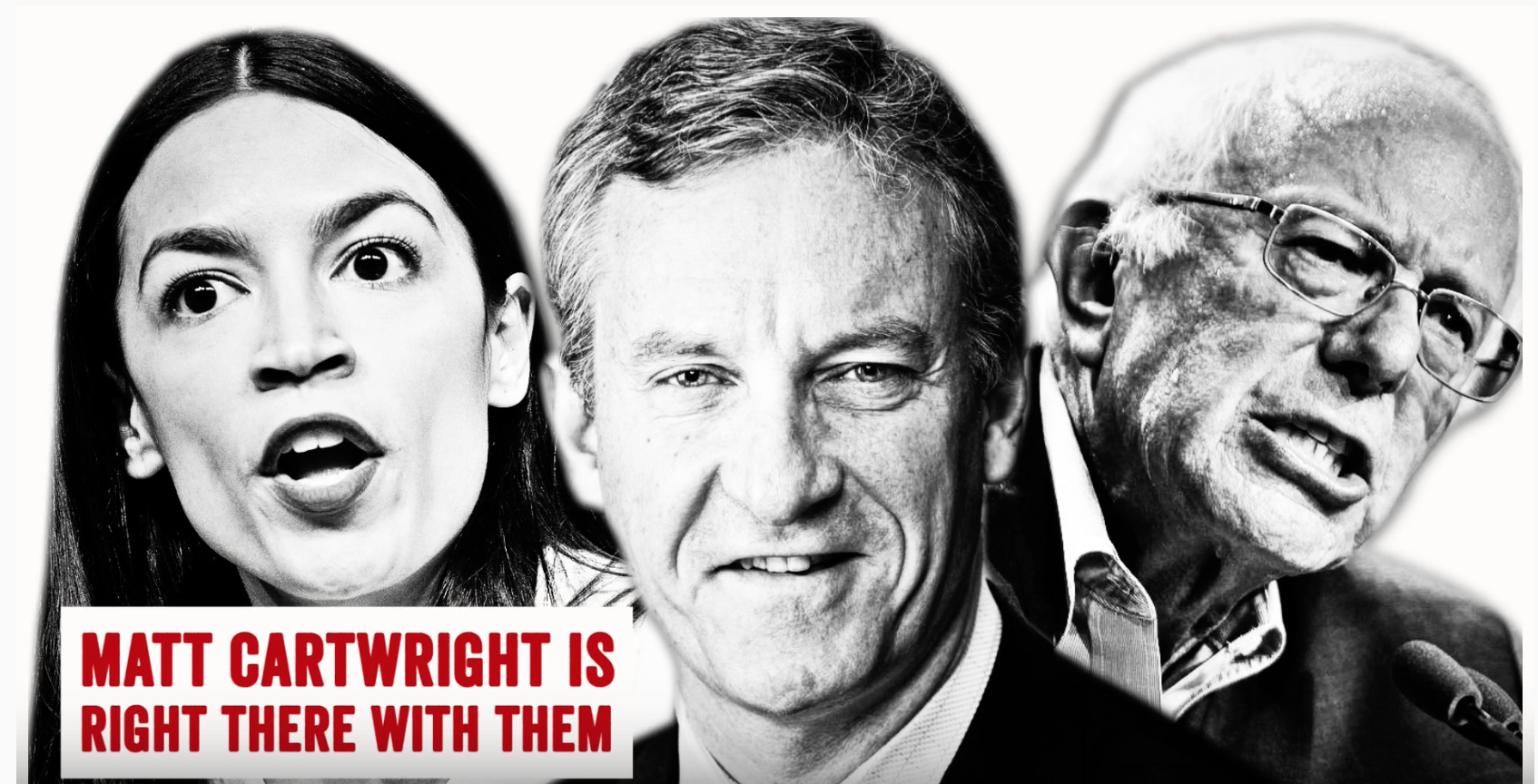 All nine Pennsylvania House Democrats support the impeachment inquiry into President Trump and his dealings with Ukraine. But some stand on riskier ground than others.

Republicans hope to turn the issue into a liability for Democrats who represent districts Trump won in 2016, including Congressman Matt Cartwright (D-Lackawanna).

Congressional Leadership Fund, the GOP super PAC connected with House Republican leadership, launched digital ads in three districts across the country including Cartwright’s. They accuse him of “pushing a radical scheme to impeach President Trump.”

“Washington Democrats are marching toward impeachment,” a voiceover says at the beginning of the 30 second ad from the Congressional Leadership Fund.

The ad continues to include clips of Sen. Bernie Sanders (I-VT), Reps. Alexandria Ocasio-Cortez (D-NY), and Rashida Tlaib (D-MI) offering words of support towards impeaching Trump, attempting to link Cartwright with them.

Cartwright offered his support for an impeachment inquiry last Tuesday afternoon saying that the recent report reveals that there “have been credible allegations this week that the President abused the power of his office, on the international stage, for his own political gain.”

At some point, it becomes necessary to announce certain conduct by an American president as unacceptable. There have been credible allegations this week that the President abused the power of his office, on the international stage, for his own political gain.

A Quinnipiac University poll released on Monday, the same day the ads launched, showed that the country was divided, 47-47 percent, on the question of if President Trump should be impeached and removed from office. The sharp divide falls along partisan lines with 90% of Democrats supporting impeachment and just 5% opposing it, while 92% of Republicans oppose impeachment, and just 7% support it. The week prior, polling showed just 37% answered yes to this question, while 57% voted no.

Cartwright voiced support for an impeachment inquiry, but has not said whether he supports removing him from office.

Cartwright represents the most Trump-friendly district held by a Democrat in Pennsylvania. Trump carried it by close to 10 points in 2016. Cartwright bested Republican Matt Connolly by a 7.6 point margin in 2016 and won by a slightly larger margin in 2018 by taking down GOP candidate John Chrin by just over 9 points.

Cartwright, along with fellow Democratic Reps. Conor Lamb (D-Allegheny) and Susan Wild (D-Lehigh), have been targeted by the CLF and the NRCC as seats to flip in 2020.