GOP Candidate to PA11 Debate Hosts: If White Nationalist Candidate is in, I’m Out 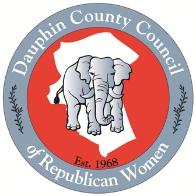 11th Congressional district candidate Andrew Lewis announced he will boycott a candidate forum hosted by the Dauphin County Council of Republican Women over their invitation of Sean Donahue to the event.

“It has come to my attention that the DCCRW has invited Sean Donahue, an individual who holds anti-Semitic, pro-segregationist, and white-supremacist views and values to speak alongside other candidates at a Republican candidate forum this upcoming Saturday,” Lewis said in statement.

Lewis, an Iraq War veteran and business owner in Dauphin County.  The district is currently represented by Congressman Lou Barletta, who is running for Senate and is not seeking his current seat.

“I have decided to rescind my RSVP for the candidate forum and am calling on my fellow Republican candidates to do the same until the DCCRW has withdrawn Mr. Donahue’s invitation to address the Republican audience.”

Donahue has not filed any paperwork with the FEC declaring himself a candidate for the 11th district, but according to a Facebook page and website he is running for the seat.

“The US was created for Americans who chose to worship God through Christianity.  Freedom of Religion is for all forms of Christianity but nothing else, certainly not Islam, Voodoo or Satanic worship,” Donahue says on his Facebook.

Former Federal prosecutor Joe Peters, another GOP candidate for PA-11, said he will attend the event.

“Our campaign was unaware that Sean Donahue was attending or that he was even a candidate in this race. We have great respect for the Dauphin County Republican Women and we are confident that they will solve this problem, not run from it,” Barley wrote.

PoliticsPA has reached out to the other announced GOP candidate state Rep. Steve Bloom for comment.

Update: Lewis released a web video clarifying his points.  You can view his video below.