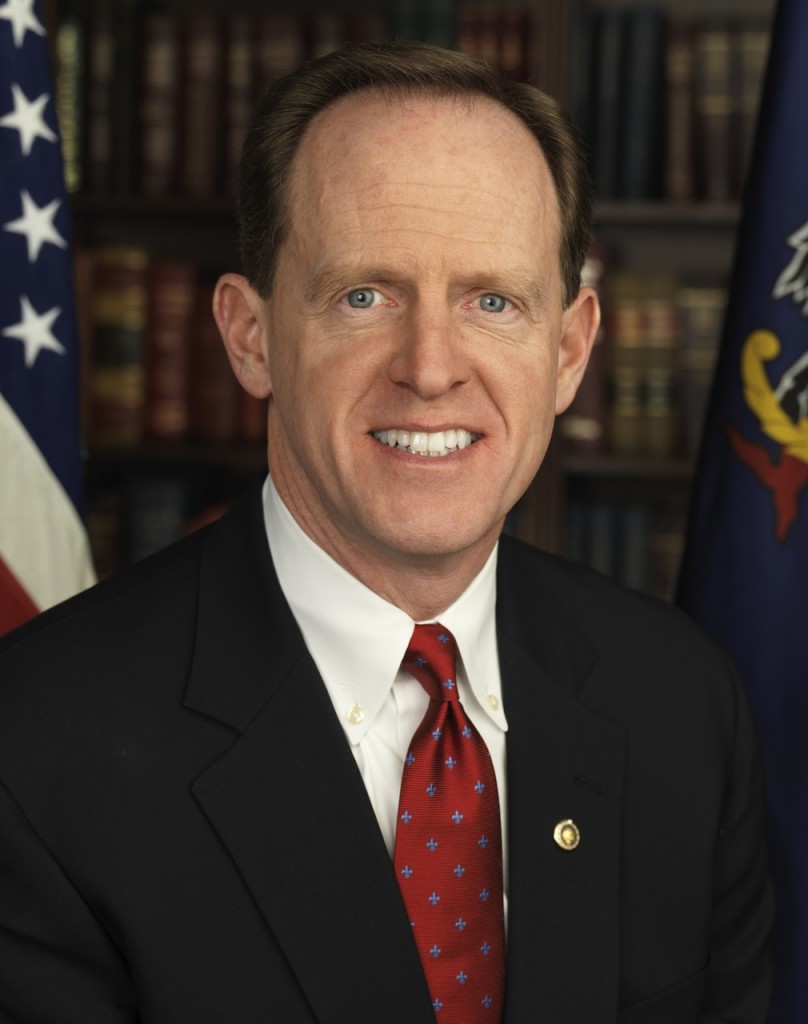 The name of Pennsylvania Senator Pat Toomey — and his deficit reduction plan — is on the lips of just about everyone in Washington this week.

Now the supercommittee has only four business days left to agree on legislation that would reduce future deficits by $1.2 trillion over 10 years. If the committee fails to meet that goal  — or the November 23 deadline —  $1.2 trillion in automatic cuts would be split between domestic spending and national security starting in 2013. This would also happen if Congress fails to pass the supercommittee’s legislation by the end of the year.

With the deadline looming, it’s Toomey’s plan to modify the tax code and raise the Medicare eligibility age to 67, that Republicans have “warmly received,” the New York Times reported Tuesday.

Known as one of the most conservative members of the House, Representative Jeff Flake of Arizona told the NYT, “All of us have a lot of respect for Pat Toomey … He’s a good free-market conservative.”

But Democrats worry that Republican support of Toomey’s plan may be too staunch for an agreement to be reached by Wednesday. On Tuesday, Bloomberg Businessweek reported that “the panel’s six Democrats and six Republicans remain hundreds of billions of dollars apart on the tax revenue issue with eight days until the deadline.”

“Republicans took a step backward today by coalescing around the Toomey plan, which Democrats have roundly rejected,” a Democrat close to the negotiations told the New York Times Tuesday night. “That’s a troubling, worrisome sign. The door is still open; discussions will continue. But if this becomes the Republicans’ last, best, final offer, they could be dooming these negotiations.”

Republicans say Toomey’s proposed modifications to the tax code, which would include eliminating some speciality tax breaks, would bring in $300 billion in additional revenue

The AP reported Thursday that Toomey’s plan “would raise revenue by limiting the tax breaks enjoyed by people who itemize their deductions, in exchange for lower overall tax rates for families at every income level. Taxpayers who already take the standard deduction instead of itemizing — about two-thirds of filers — could see tax cuts. The one-third of taxpayers who itemize their deductions might find themselves paying more.”

The AP also noted that the “top income tax rate would fall from 35 percent to 28 percent, and the bottom rate would drop from 10 percent to 8 percent. The rates between would be reduced as well.”

However, Toomey told Fox News on Sunday that he’s “not giving up on getting something done. I think we still can and I am going to do everything to achieve that.”

Bloomberg Businessweek said House Democratic Whip Steny Hoyer told reporters Wednesday that he believes the “supercommittee can get a report done” and said many Democrats are likely to vote for such a deal, noting that a “very, very large number” supported the legislation that set up the panel.

House Speaker John Boehner said Wednesday that Toomey’s proposal or “something like” it would be a “fair offer,” adding that he is convinced that Congress can pass an agreement if the supercommittee reaches one.