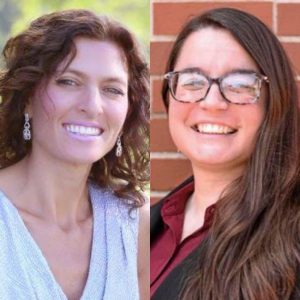 Abby Major and Leslie Baum Rossi were successful in their special election bids in the state House. Both seats, the 59th and 60th state House Districts, were also previously represented by Republicans.

According to Decision Desk HQ, Major, who served as the chief of staff to former state Rep. Jeff Pyle (R-Armstrong), garnered 76% of the vote, while Democratic candidate Dr. Frank C. Prazenica Jr., received 19% of the vote, and Libertarian candidate Andrew Hehra tallied just under 4% of the vote with 100% of the reported for the state House’s 60th District. She will be succeeding Pyle, who retired on March 16 citing health issues. Pyle was serving his ninth term in the state House by the time he announced his retirement.

Rossi, a small business owner best known for creating the “Trump House,” earned 65% of the vote, while Democrat Mariah Fisher, a member of the Ligonier Borough Council, captured 32% of the vote, and Libertarian candidate Robert Luther received 2.5% of the vote with 94% of votes reported in the state House’s 59th District, according to Decision Desk HQ. She takes over the seat previously held by the late state Rep. Mike Reese (R-Westmoreland), who died after suffering an apparent brain aneurysm on January 2. He was 42 years old. Reese represented the 59th state House District since 2008.

According to the Tribune Review, Major, who was endorsed by Pyle, received unanimous support from GOP committee members in the five candidate field for the nomination in March. The other candidates that were also vying for the GOP nod included Armstrong County Commissioner Don Myers, Anthony Shea, Jack Bowser and North Buffalo Township Supervisor Michael Valencic.

Rossi, who was selected by party conferees from Somerset and Westmoreland counties in February, bested four other Republicans to earn the party nomination; Angela Reese, widow of Rep. Reese, Ligonier Township police Officer Shawn Knepper; Latrobe attorney John Hauser, and Dustin D. DeLuca from Jennerstown, according to the Tribune-Review.