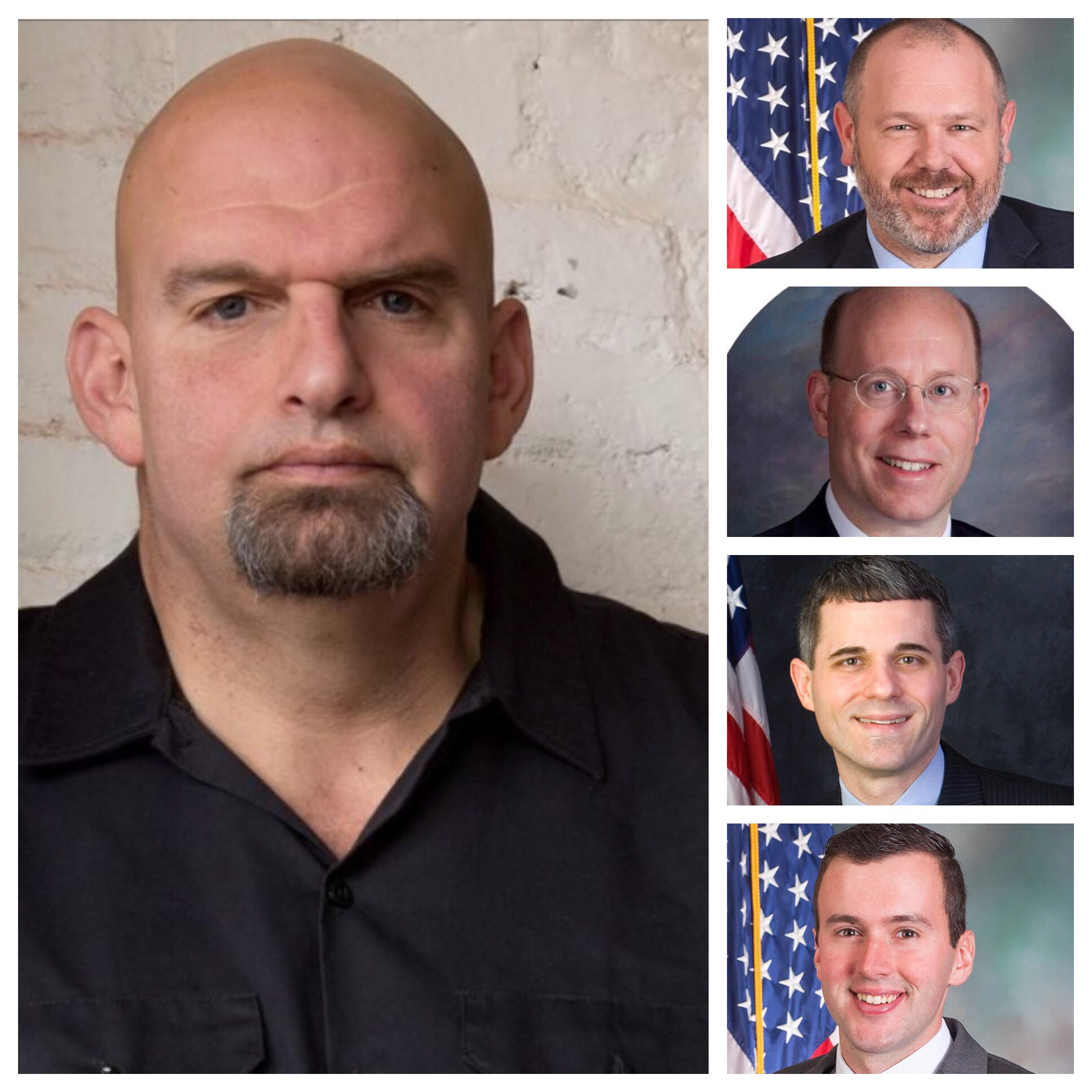 The four GOP representatives accuse Fetterman of not listening to constituents across the state, while calling the tour a sham and a “cover to push an agenda of legalizing drugs.”

“When the lieutenant governor visits Franklin County, what exactly is he listening for,” the four GOP representatives write in the press release. “Fetterman invited Franklin County’s legislators to join him on the stage as he “listens.” Although we commend the lieutenant governor on his willingness to “hear” both sides, we wonder if he will really be “listening.” We recognize this event for what it is: cover to push an agenda of legalizing drugs.”

“We believe this tour is a sham and we decline to be a part of it,” said in the statement.

The four representatives call out Fetterman for previously receiving endorsements from a pro-marijuana industry PAC. Fetterman endorsed the legalization of marijuana while running for U.S. Senate in 2016, but Gov. Tom Wolf has not stated his approval for such legislation.

Wolf and Fetterman have said the point of this tour is to receive input from everyone across the state on the issue, not sway opinion one way or the other.

The four representative representatives state that marijuana is still dangerous for the youth and likened it to being a gateway drug.

“Despite the growing acceptance of marijuana as a medicinal drug, incontestable research and experience shows recreational use to be dangerous, especially among our youth,” the statement says. “Other research clearly correlates marijuana use with the use of harder drugs, like heroin, cocaine, and methamphetamines. Marijuana users are more likely to consume alcohol irresponsibly.”

In a statement, Fetterman reiterated the purpose of the listening tour and encouraged those who have an opinion on the topic to chime in.

“This listening tour has been just that, a listening tour. What the Lieutenant Governor is hoping to hear is whatever the people of Franklin County have to tell him related to adult-use marijuana,” said Christina Kauffman, Lt. Gov. John Fetterman’s Press Secretary. “Anyone who has attended one of the tour stops has seen that this is an opportunity for people who are opposed, in favor, or undecided to weigh-in, whether they’re expressing support or disapproval. It is not and has not been a forum for the lieutenant governor to express his position on the issue, which anyone can google. The purpose is to hear from the people.”

In addressing the joint statement from the Franklin County delegation, the spokesperson for Fetterman says he welcomes their attendance and said the events are completely transparent.

“Lt. Gov. Fetterman personally called and invited all members of the Franklin County delegation to the upcoming session, as he has with elected officials representing each county on the tour,” Kauffman said.

The press release from the Franklin County representatives writes that Hershey attended the listening tour in Juniata County.

The statement from Fetterman said he was encouraged to see Hershey in attendance at that stop.

“The Lieutenant Governor was encouraged by Rep. Hershey’s attendance at the Juniata County tour stop, where the representative got to see firsthand that these events are a forum for all people, supporting or opposed, to speak their minds,” Kauffman said. “These events are completely transparent and inclusive, and all are invited.”

Fetterman has addressed the topic on social media as of late as well.

Fetterman’s most recent Facebook post links to a KDKA article citing that 56% of Republicans think marijuana should be legal in a CBS News poll. Fetterman writes, “This is 100% consistent with what we’ve been seeing on our listening tour in ???? County PA.”

Most Republicans in Harrisburg are vocal in their opposition thus far to the prospects of legalizing recreational use of marijuana. Senate Majority Leader Jake Corman (R-Centre) said in December that marijuana legalization is “reckless and irresponsible” and vowed to do everything in his power to prevent it from happening.