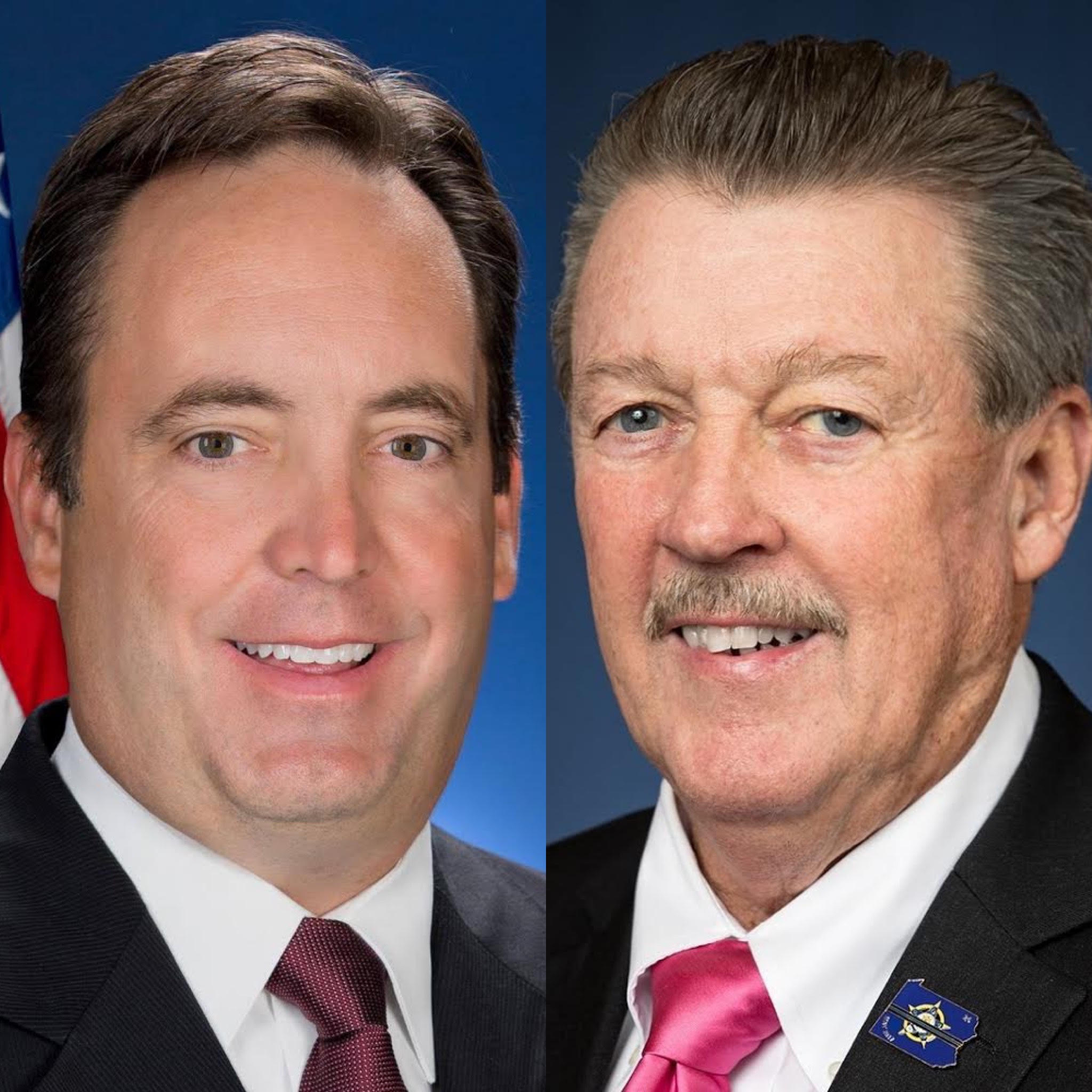 Democrats and Republicans began the 2021-22 legislative session in the state Senate at odds, ultimately resulting in the refusal to seat the certified winner of the 45th state Senate race and Lt. Gov. John Fetterman being removed from his role presiding over the chamber.

The conflict has been anticipated for weeks. The Pa. Supreme Court ruled in a way that handed state Sen. Jim Brewster (D-Allegheny) a narrow re-election victory; the Department of State subsequently certified his win. Meanwhile Senate Republicans, who control the swearing in process, have challenged the 45th district result in federal court and said they would seat no one until that process plays out. The hearing is Jan. 8.

As Brewster sat in the chamber without being seated, Democrats accused Republicans of violating the state’s laws and the will of the voters.

“There is nothing about this day that is appropriate, nothing, and we are not going to lay down and roll over” state Sen. Anthony Williams (D-Philadelphia) said, according to the AP. “This is about Pennsylvania, it’s not Democrats or Republicans, it’s not about simply winning. This is about protecting our democracy.”

Into the impasse stepped Fetterman, who used his ceremonial role as the Senate’s presiding officer to confront the GOP over its decision. He pleaded that Brewster be sworn-in alongside the other Senators, and when he refused to yield, Republicans voted to remove him.

“When our rules are not followed, chaos takes over,” Senate GOP spokesperson Jennifer Kocher told the AP.

Brewster decided to step aside and allow the other Senators to be sworn-in, although he said he was disappointed in the outcome of the day.

“I wanted the rest of the senators with their families here, and in some cases their children here, to be sworn in,” he told KDKA. “I was disappointed and flabbergasted that they removed the Lieutenant Governor. I think that is a move that went too far.”

The Allegheny County Democrat added that he believes he will be seated though.

“I’m disappointed that it didn’t happen, but at some point in time they’re going to have to do that,” Brewster said to KDKA. “The election’s over. We won the election. We got more votes.”

It is unclear how long the GOP majority is willing to leave the 45th District seat vacant, as they await the federal court decision, which they believe will result in Ziccarelli winning the race.

“I have won the election in Senate District 45 after all legally cast ballots have been counted,” Ziccarelli said to KDKA.

The infighting between parties continued after Brewster was not seated.

Senator Jake Corman (R-Centre) received pushback from his Democratic colleagues as he was voted to be the President Pro Tempore for the session.

“The president pro tempore is to be a leader for the entire body — not of one party,” said Senate Minority Leader Jay Costa (D-Allegheny), according to Spotlight PA. “Nowhere in the constitution does it say that the leader should be beholden to the partisan whims of his own party.”

Costa and other Democrats pleaded that Corman not be voted as the President Pro Tem after not allowing Brewster to be seated.