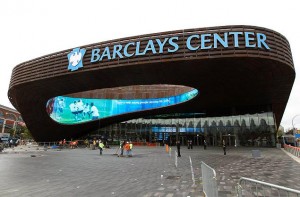 Former Mayor of Philadelphia and Governor of Pennsylvania Ed Rendell, says New York is the favorite to host the 2016 Democratic National Convention.

“The money makes New York the favorite,” Rendell said in an interview with AM 970 on Sunday morning. He cited the large amounts of money within the city, and previous money troubles with the 2012 convention as the reasons why Brooklyn could be the 2016 host.

According to the ex-Gov, the Democrats were left with $25 million in payments for the 2012 convention in Charlotte, North Carolina, after they failed to raise enough cash. Rendell says the Democrats do not want to make the same mistake again.

“The DNC is bound and determined not to have a debt, and they believe that the…surest city to raise the money necessary is New York,” Rendell said. “And who can quarrel with them, when one out of every 25 people in New York is a millionaire?”

Despite believing New York will host the 2016 Democratic National Convention, Rendell is not giving hope just yet. He still says Philadelphia has the logistics advantage over its competitors and that “it’s going to be easier to have the convention in Philadelphia.”

“They want to know about buses, about how you get to the venue, and how walkable and how easy it is to get around Philadelphia – and the historic things that are here you can’t see anywhere else.”

Should New York host the convention, the speeches would be held at the Barclays Center, in Brooklyn, and the delegates would be shuttled over from hotels in Manhattan. New York would essentially split the convention between the two boroughs, while hosting in Philadelphia would be in one centralized location.

Besides New York and Philadelphia, there are three other cities still in the running for the 2016 Democratic National Convention, Birmingham, Alabama; Columbus, Ohio; and Phoenix, Arizona.

A decision on which city will be chosen to host the 2016 Democratic National Convention is expected to be announced in late 2014, although the selection process could continue into 2015.