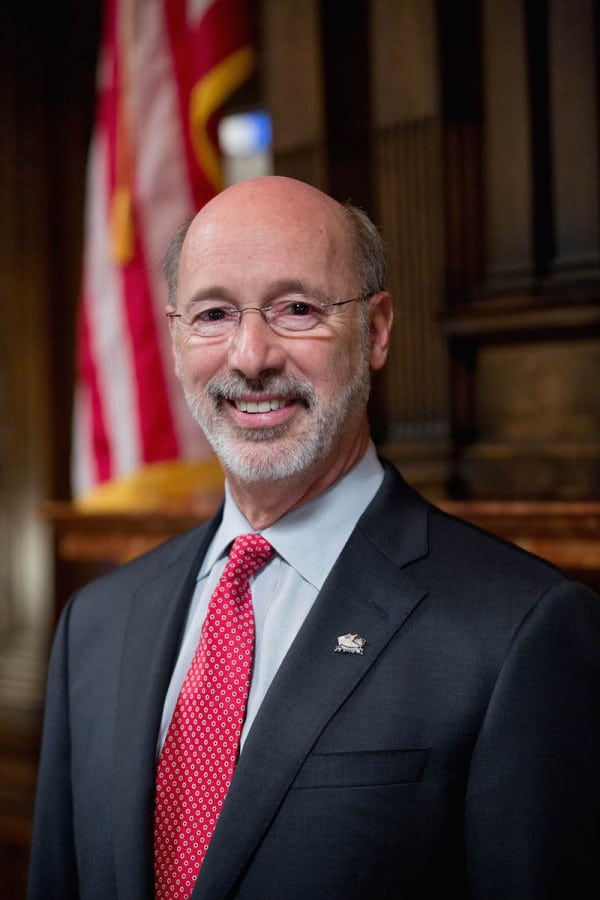 The 15 member commission, which will be chaired by David Thornburgh, president and CEO of the Philadelphia good government group Committee of Seventy and son of former Gov. Dick Thornburgh, will include 11 appointed members from Wolf and 4 more will be selected by the General Assembly, one from each chamber’s respective Democratic and Republican caucus, according to the PLS Reporter.

Below are the 11 appointed by Wolf.

“This commission will bring together diverse experts and citizens to explore ways that Pennsylvania could use policies, technology and data to curb gerrymandering and ensure fair maps,” Wolf said in a statement. “There has been significant bipartisan support for bringing more fairness to this process. The goal of this commission is to hear from experts and citizens about what can be done to make this process more fair.”

Pennsylvania’s Congressional map was redrawn earlier this year after the state Supreme Court deemed the previous one unconstitutional and drawn in the Republicans favor. The state will redraw the congressional and state legislative district boundaries after the 2020 census.

Republican leadership in Harrisburg believes the new commission largely ignores rural areas in the state and gives Commission members a “responsibility that he does not have the authority to give.”

“With no input from the General Assembly, the Governor issued an Executive Order where he turned his back on both the state and federal constitutions and embarked on another go-it-alone strategy,” said Senate President Pro Tempore Joe Scarnati, House Speaker Mike Turzai, Senate Majority Leader Jake Corman and House Majority Leader-elect Brian Cutler in a joint statement. “The Governor has created a Commission that ignores large swaths of the Commonwealth, specifically rural communities, and charged Commission members with a responsibility that he does not have the authority to give.”

“We will not be props in his theater that is an attempt to be a make-shift alternative to the federal and state constitutions and will have no practical effect,” the GOP leaders continued. “The fact remains that under the constitutions the responsibility for redistricting falls to the General Assembly.”

The PLSReporter reports that the new commission will not have the authority to draw new legislative lines, but “if an amendment was passed during the 2019-20 session, then immediately taken up and pushed through early in the 2021-22 session, a new redistricting process could be presented to voters during the 2021 primary and used to draw new maps.”

The committee plans to travel the state and hold public meetings before sharing the report with the public.