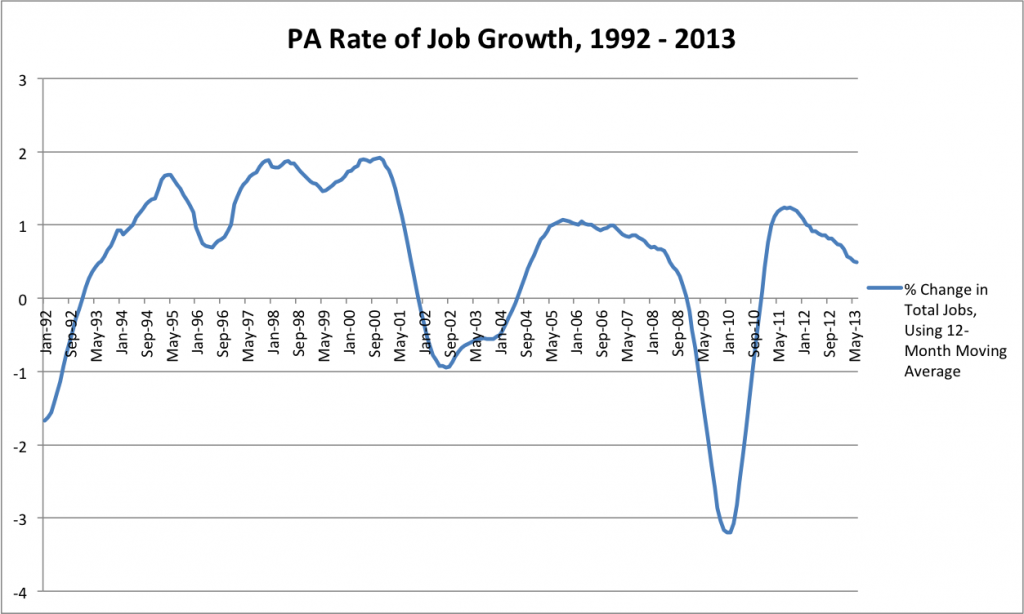 Both parties are off base when it comes to jobs numbers.

In attacking Gov. Tom Corbett, Democrats have emphasized Pennsylvania’s sinking rank in job creation versus other states. As PoliticsPA found, this is not a useful data point.

Gov. Corbett says he should be judged only the net increase in the number of jobs (private sector jobs specifically). But that, too, misses the mark.

As is often the case, the truth is somewhere in the middle. Pa.’s standing versus other states may not matter, but the percentage of jobs that Pa. adds is an important indicator of growth.

Gov. Corbett can hang his hat on the fact that so far, job growth during his tenure is well above Pennsylvania’s historical average. The total number of jobs has increased by an average of 0.93% since January 2011 when he took the oath of office.

Democrats can point out that despite a strong year in 2011, the rate of growth has steadily decreased during for most of the Governor’s term and has been around or below average for the past four months. It was 0.49% in June 2013.

All of this presumes that governors have a significant measure of control over the job market and that their actions will work quickly enough to take effect during their tenure. Many economists dispute both premises. But since both parties use these measures in campaign ads and literature, the numbers will continue to be politically relevant.

Just for fun, here is how the Governors fared on this measure:

Here is a graph showing the job changes in numerical terms: 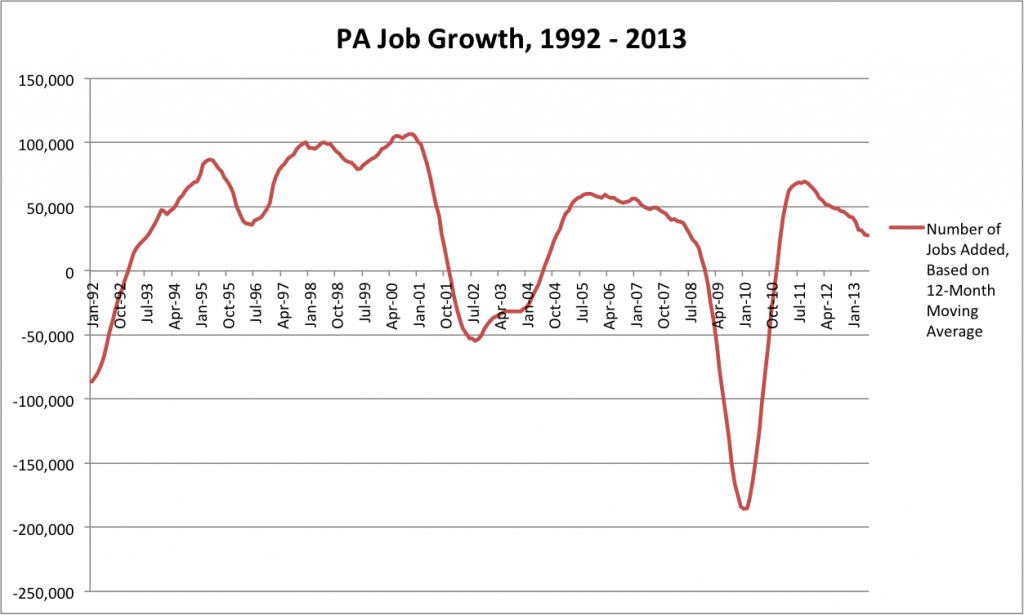 The numbers come from the U.S. Bureau of Labor Statistics, via the W.P. Carey School of Business at the University of Arizona. The data are not seasonally adjusted.

*Economists prefer the 12-month moving average of job data because it reduces the impact of outliers and random fluctuations. Rankings in this story will use the TMMA. In their attacks on Gov. Tom Corbett, Democrats have used the more simplistic ‘same month, previous year’ data set.