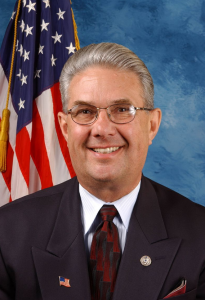 PoliticsPA recently featured an op-ed from Katie McGinty where she made her case as to why people should support her candidacy for the U.S. Senate this fall. However, McGinty conspicuously overlooked the majority of her actual resume and record, which could prove problematic in November.

The Washington party bosses spent an astounding $4.5 million to push McGinty across the finish line, after lagging far behind Joe Sestak in the polls. She was also bolstered by President Obama and Vice President Biden who helped with endorsements, commercials, and visits to Pennsylvania. But McGinty is no stranger to special favors from the Democratic Party elite. Katie McGinty has long history of partisanship and insider deals.

Before she entered the Senate race, McGinty served as Governor Tom Wolf’s chief of staff, where she played an integral role in drafting and promoting Wolf’s initial tax plan. This plan, as reported by The Morning Call, would have raised taxes “across all income brackets,” and was such a failure that it did not garner a single vote in the Pennsylvania House of Representatives, failing 0-193.

Even worse, while trying to sell Gov. Wolf’s out-of-touch proposal to Pennsylvanians, McGinty employed divisive tactics that alienated Republicans. As a result, McGinty was reportedly “excluded” from budget negotiations altogether.

This was not McGinty’s first brush with controversy in Harrisburg. While serving as Governor Ed Rendell’s Department of Environmental Protection (DEP) secretary, McGinty came under scrutiny for authorizing millions in state grant funding to the Pennsylvania Environmental Council and a subsidiary which paid her husband. McGinty’s actions ended up in front of a state ethics panel, which unanimously rebuked her actions. The commission ruled that similar future actions could be punishable with a five-year prison sentence and a $10,000 fine. This ruling was later affirmed by the Supreme Court of Pennsylvania.

And of course, there is McGinty’s well-documented use of the revolving door between official government positions and well-paying jobs on corporate boards. In fact, an NPR investigation earlier this year found McGinty was a top abuser in Pennsylvania.

As Pennsylvania’s DEP Secretary, McGinty was charged with overseeing Pennsylvania’s energy industry. In this capacity, McGinty supported or spearheaded efforts to provide millions in taxpayer incentives to companies she favored.

Following her tenure at DEP, McGinty was awarded with plush board seats at many of the companies she regulated and awarded taxpayer assistance to. In some cases, the projects McGinty helped fund failed, leaving people out of work and taxpayers holding the bag. But McGinty? Reports indicate she made more than seven figures while sitting on the Board of NRG alone.

Katie McGinty is the Democratic nominee for the United States Senate. One hopes she is capable of highlighting any issue where she is willing to serve as an independent voice, as Sen. Toomey has done over the past five years. Finally, McGinty owes it to the people of Pennsylvania to offer an explanation about her clouded past. Pennsylvanians deserve a leader they can trust to serve the state, not herself or the Democratic Party elites.

John E. Peterson served as the Representative for Pennsylvania’s Fifth Congressional District from 1997 to 2009.