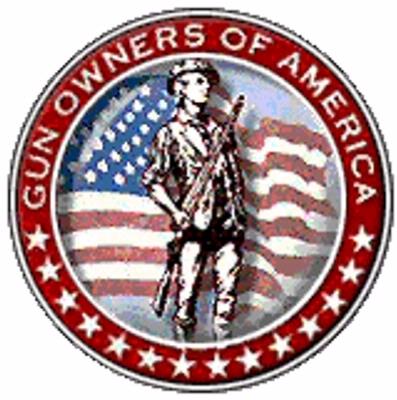 The Gun Owners of America’s political arm is backing Sam Rohrer in the primary for U.S. Senate. The group praised Rohrer’s work during his 18-year tenure as a state Rep.

“State Representative Sam Rohrer is a long-time leader in the battle against federal intrusion, especially when it concerns the right to keep and bear arms,” wrote the group’s Vice Chairman Tim Macy.

“Gun owners across this Commonwealth are justifiably outraged any time they are mandated by government to endure a loss of Constitutional freedom and personal security,” said Rohrer.

GOA is known as a stridently conservative gun rights organization, even moreso than the National Rifle Association.

All five GOP Senate candidates have voiced strong support for gun rights: David Christian, a Bucks County businessman and and veterans’ advocate; Marc Scaringi of Cumberland County, and attorney and former aide to Rick Santorum; Tom Smith of Armstrong County, a former coal company owner; and Steve Welch of Chester County, an entrepreneur who is endorsed by the PA Republican state committee.

But GOA singled out Rohrer for his legislative advocacy in the state House. He represented a district in Berks County for 18 years before retiring to run for governor in 2010.

“In Harrisburg, Representative Rohrer has stood up and supported every pro-Second Amendment bill that came up in the State House,” Macy wrote.

Macy cited Rohrer’s backing for the Castle Doctrine legislation, elimination of additional background checks for those with a gun license, roll back of the Real ID gun database, permission for temporary emergency gun licenses, and more.

Dear Friend of the Second Amendment:

In a time when politicians in Washington have abused and grossly exceeded their constitutional limits, voters are looking for fighters who are not afraid to rein in the federal government and place it back under the constraints of the U.S. Constitution.

State Representative Sam Rohrer is a long-time leader in the battle against federal intrusion, especially when it concerns the right to keep and bear arms.

Representative Rohrer stood up for gun owners and states’ rights with legislation to repeal the 2005 Real ID Act, a law that would have compromised the privacy of gun owners.

“I am deeply concerned about how the rights of law-abiding gun owners will be impacted by the implementation of the REAL ID Act,” said Rohrer.   “The Second Amendment clearly states that our right to keep and bear arms shall not be infringed upon. Thus, it is safe to say that Benjamin Franklin, Thomas Jefferson, James Madison and the rest of our nation’s Founding Fathers would not even consider carrying around a biometric, REAL ID card that would allow the federal government to instantly track their activities and whereabouts.

“Make no mistake about it, REAL ID holds the unmatched potential to violate our Second Amendment liberty as we know it,” Rohrer continued. “Whether you’re actually buying a firearm or purchasing shells or bullets for hunting, recreational target shooting or self-defense makes no difference.

Rep. Rohrer also authored and introduced the Tenth Amendment Resolution, which calls for aggressive opposition to the size and growth of federal programs, regulations and mandates from Washington D.C.

“Before there was ever a federal government, there were sovereign individual states. The Constitution very, very clearly recognizes that we are a Republic,” said Rohrer.

In Harrisburg, Representative Rohrer has stood up and supported every pro-Second Amendment bill that came up in the State House, including:

* Castle Doctrine legislation, which strengthens existing laws dealing with the use of lethal force for the purpose of self-defense;

* Legislation to allow individuals with a valid Pennsylvania license to carry a firearm to purchase additional guns without the cumbersome, expensive and redundant requirements of subsequent background checks through the Pennsylvania Instant Check System (PICS).

* Legislation that enables law-abiding individuals who can demonstrate evidence of imminent danger to themselves or a member of their family to receive a 90-day temporary emergency license to carry a firearm, allowing sufficient time for the gun owner to protect himself or herself during the usual 45-day wait that ensues while applying for a regular license to carry a firearm under current state law; and,

* Legislation calling for Pennsylvania law enforcement agencies, specifically the state police, to discontinue its database of legal handgun purchases. Those records include personal information about gun owners, such as mailing addresses and Social Security numbers. The bill also sets a third-degree felony penalty and a fine up to $5 million for maintaining an illegal gun registry or database.

“Gun owners across this Commonwealth are justifiably outraged any time they are mandated by government to endure a loss of Constitutional freedom and personal security,” said Rohrer.

“When government is not properly enforcing the laws that already exist to curtail violent crime, it is nothing short of tyranny in the first degree to place additional restrictions on law-abiding citizens whose only desire is to defend their lives, their loved ones and their property.”

Gun Owners of America is a proud supporter of Sam Rohrer for Senate, and encourages all Pennsylvania gun owners and sportsmen to vote for Sam Rohrer in the April 24 Republican primary.

Please visit www.samrohrer.org to learn more about this race.